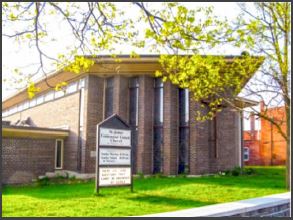 Opening up the St. James Centennial United church to new uses has created a welcoming new space for non-members and congregants.

St. James United undertook a process of discernment over five years in response to changes in ministry and an expanding approach to living its mission, as well as to address financial concerns. Based on the strength of long standing relationships with other churches and other not for profits, the idea took hold to expand their place into a true community hub where they could share their vision of community.

In 2015/2016, St. James United took a more intentional approach to these established relationships, declaring themselves a Center for Community, Promoting Creativity, Culture, Spirituality & Healthy Relationships with Each Other, Ourselves and the Land. The new vision is intended to extend their church mission while also providing greater community connections and revenues to sustain the building. Groups who join them are chosen for their alignment with the church’s mission, and are charged based on a sliding scale from a full donation of space to a portion of the group’s proceeds to a regular rent relationship.

The church building and manse are currently actively and continuously shared with:

The congregation itself has a number of missions that extend into the community including:

Engaging more with the broader community through programming has opened up their building as a welcoming space for non-members and congregants alike. While the initiative is still recent, it is providing new life to the building and new revenues to sustain it.