“We say where the sacred spirit, kîsikâw’pîsim, comes up, it makes a light and then it goes down over here. That light it makes, we call that event, kîsikâw…and it's a spirit, a spiritual event... And so..the vulgar translation is daytime... But our interpretation is that it is an event which is a time for spirit… What we do is, we observe this life with this apparatus, one of the seven holes in our head. We call this, miskîsik…And, it's a tool to help me to observe the spirit. The spiritual event.” – Reuben Quinn, Program Coordinator at Centre for Race & Culture.

FCG is committed to participating in the TRCA Calls to Action Education for Reconciliation. This year, as part of our reconciliACTION, we have started hosting a bi-weekly discussion group for Indigenous Canada, an online course that is offered by the University of Alberta.

The course itself is divided into 12 modules, the first module beginning with historical Indigenous worldviews, and the significance of stories and storytelling in Indigenous societies.

Over the next few months and ending in July, we will be learning together about Indigenous and settler perspectives of treaty making, the variation of treaties in Canada and how they came about. We will examine Indigenous legal traditions and the ways in which the Indian Act contributed to assimilation.

Our group will become familiar with the characteristics of teaching and learning in Indigenous communities (relationships were fundamental). We will be digging deeper into the development and implementation of the Residential school system in the period after Confederation, and we will be learning about the intergenerational impact of the Residential school system and the creation of the Truth and Reconciliation Commission.

Other significant areas of learning and discussion covered by the modules include information on the sovereignty of lands, Aboriginal title, and rights to land. We will learn about current and on-going threats to Indigenous lands and how these threats and challenges are being addressed as well as Indigenous traditional ecological knowledge.

There is a module dedicated to Indigenous women that explores the concepts of gender, and the traditional roles and responsibilities, and underlines how colonization can be characterized as a gendered project, giving examples of the impact of colonialism on Indigenous women.

We will get into the mindset of Indigenous societies concerning what community means and look at answers to how Indigenous people form communities, traditionally and today. This module will demonstrate how social and environmental activism can mobilize and create communities; it also points to key moments that include the Oka Crisis, Idle No More and Missing and Murdered Indigenous Women and Girls–grassroots resistance movements.

Throughout the course, our group will be gaining a deeper understanding of the impact of historical and ongoing colonialism on Indigenous societies as well as learning more about past and current Indigenous resistance and leadership and exploring concepts that include self-government, self-determination, and Indigenous resurgence.

Hosted in a space of mutual respect, our meetings are conducted in a spirit of open-mindedness and true inquiry and we will be sharing our learnings on our social media platforms, to engage even more of our followers in this critical moment in time.

This project was undertaken by our GSS Chapter, Divest Waterloo, in partnership with Pins and Needles Fabric Company, an “Intersectional Inter-Arts Collective” and Crow Shield Lodge. The project involved land based workshops (funded by the Community Foundation) that were held in the woods at Crow Shield Lodge Indigenous Healing Centre to connect the artists with each other, their mentors, elders and knowledge keepers. Crow Shield Lodge is a particularly cultivated space for Indigenous teachings and connections visioned and realized by the urban Indigenous community in Block two of the Haldimand tract where there are facilities that encourage traditional culturally-based relationship building, to foster cooperation and collaboration and creating support.
Participants spent time in the woods together and alone, listening and learning. They were also supported to develop their songs during one of these workshops by accomplished Indigenous studio musicians. Numerous online coaching sessions followed in advance of the final performance.
These focused on preparing the emerging artists to perform and to share their stories. The final performance was funded by the City of Kitchener and held indoors at the City’s Victoria Park Pavilion in December 2021.

Divest Waterloo ran a year-long project with diverse faith communities to grow food forests on their properties. The project culminated in a plant-in at Crow Shield Lodge, with groups participating in planting. Through Indigenous land-based healing and education, Crow Shield Lodge has as its mission "to walk alongside those who are in need of healing.” It offers connection and belonging to a community that is committed to responsible land stewardship.

“With settlers, land is all about ownership, not about stewardship, “ says founder Clarence Cachagee. “When you make that connection with the land, you make a deeper connection with yourself.”

He believes that while we are in the time of truths and that “there has to be more truths discussed before reconciliation,” Crow Shield’s vision is to support reconciliation between Indigenous and settler communities in the region. “We hope that people can become our allies. Allyship is action.”

Organized by Divest Waterloo, the Waterloo Storytelling Project brought together Indigenous theatre creators Debajehmujig Theatre Group (Debaj) in a weeklong community-wide learning opportunity about climate justice. The project culminated in Maamawi, a cocreated theatre show that incorporated the stories that Debaj heard in Kitchener/Waterloo region with traditional teachings about our relationships with each other and
with the land led by the Indigenous storytelling experts and a local advisory circle lead by Amy Smoke and local Indigenous theatre artist and community animator, Heather Majaury.

In 2018, we assisted in bringing performances of The Chemical Valley Project to various locations.

The Chemical Valley Project: Protest. Performance. Reconciliation. - an innovative documentary-theatre performance telling the story of a small
Indigenous community smothered by Canada’s petrochemical industry in our own backyard.

Faith & the Common Good was proud to sponsor performances of Broadleaf Theatre’s "The Chemical Valley Project”, an innovative
documentary-theatre performance telling the story of Aamjiwnaang First Nation’s struggle against Canada’s petrochemical industry. The performances, held at the Registry Theatre In Kitchener(March 2018) and at the Parliament of the World's Religions in Toronto (November 2018), sparked conversations on Canadian environmental policy, environmental racism, treaty rights and Indigenous relations, as well as the current
nature of Canadian identity and values.
Deep thanks to Broadleaf’s Kevin Wong & Julia Howman, Divest Waterloo’s Laura Hamilton and Indigenous Climate Action’s Andrea Bastien for helping us make these performances possible.

We have been working with the Sacred Water Circle in central Ontario for a number of years, helping to bring attention to the sacredness of water and our role as stewards of water protection. Inspired by traditional Indigenous teachings and leading with hope and spiritual courage, the Sacred Water Circle sees a restored relationship between human communities and water.

Through these relationships, we became one of the founding partners in the Great Lakes Water Walk, held in Toronto in September 2017. The Great Lakes Water Walk invited people from all backgrounds to join Indigenous Grandmothers, Knowledge Holders and Elders to share and re-awaken our commitment to safeguarding the water by walking together along the Toronto waterfront. By sharing the Indigenous practice of honouring and giving thanks to those same Lakes, The Great Lake Water Walk was an invitation to pause and reflect upon what we can do individually and collectively to ensure the health and well-being of our waters for generations to come. Read on here.

In September 2017, Faith & the Common Good continued its work on allyship as an organizing partner in the first annual Great Lakes Water Walk.

Our 2016 annual forum focused on bridging two areas that are deeply important to our members — reconciliation with First Peoples and climate justice. Many in our interfaith network want to work more closely with First Nations communities on local climate issues, but aren’t sure how to go about it. This forum (and its action oriented follow-up work) was designed to create connections to support one another in the challenge of caring for our natural environment and what Indigenous allyship would mean. The forum was held in Waterloo, Ontario and hosted by Faith & the Common Good, Divest Waterloo, the Green Awakening Network  and the Centre for Public Ethics at Waterloo Lutheran Seminary, with funding support from the Justice and Reconciliation Fund of the United Church of Canada.

We need to return to the original relationships. That was the repeated message heard at the forum. These relationships involve taking care of Mother Earth in tandem with revisiting the cordial, peaceful beginnings of our settlers’ and first peoples’ interactions.

Read Indigenous Allyship is about relationships.

Click here for the full conference video, which includes bookmarks to direct you to individual speakers (under SHOW MORE).

Newo: An Extraordinary Organization with a Vision to Serve Community and Planet
Beatrice Ekoko   October 18, 2022 · 1 reaction

An abundance mindset (you choose your own wage?!). Founded on a vision of sharing harmonious relationships with all Earth’s kin. Committed to decolonizing all levels of engagement and conducting business. Alberta-based, non-profit social enterprise, Newo.energy is all this and more. 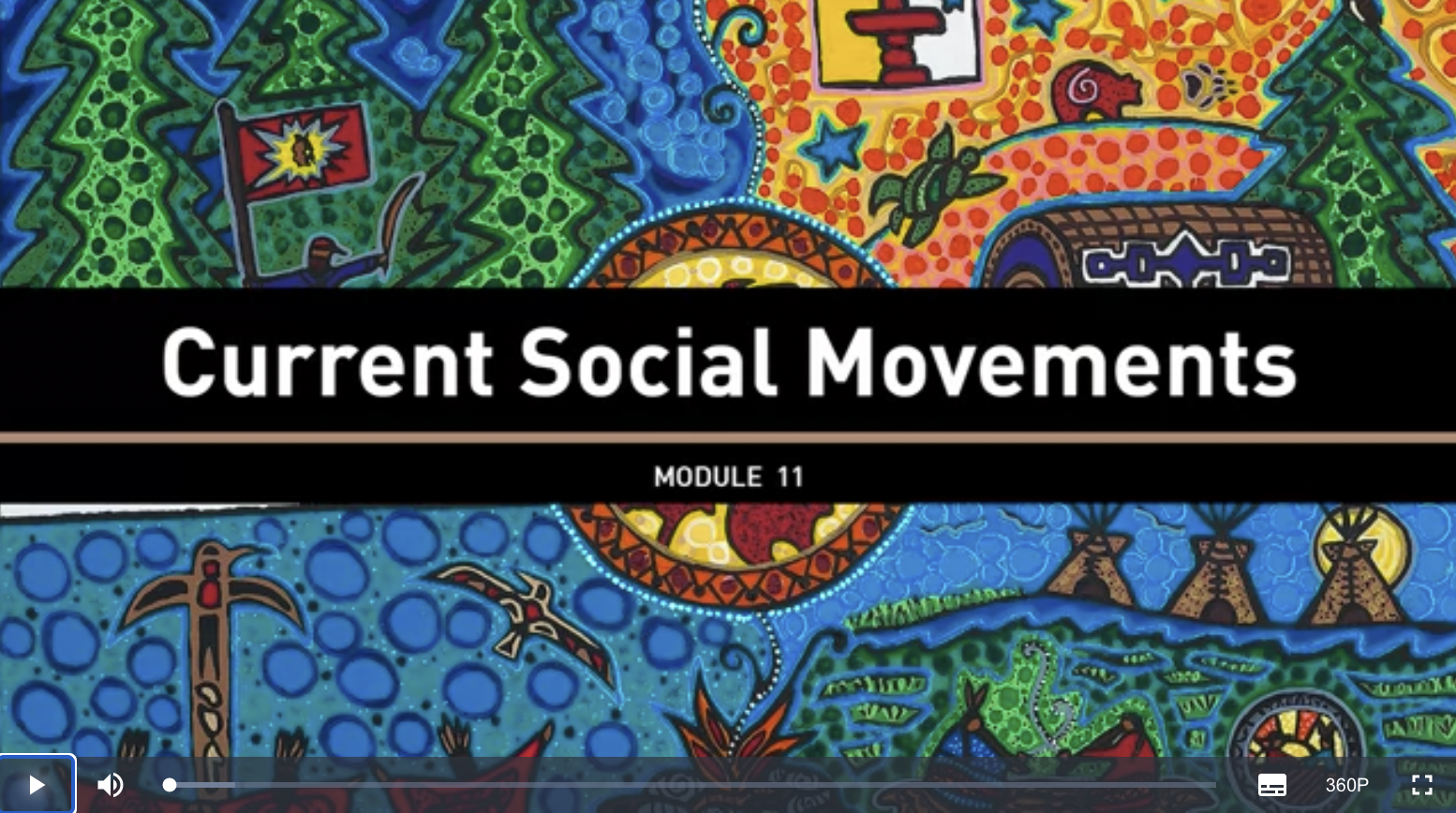