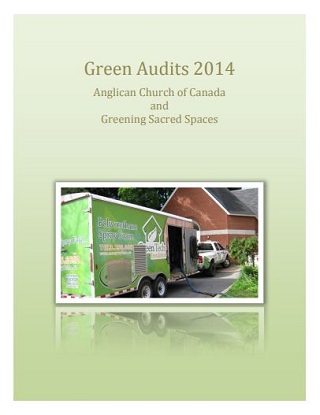 Nine Anglican parishes across Canada conducted a Greening Sacred Spaces (GSS) Green Audit in their churches in 2013, facilitated and paid in part by the Anglican Church of Canada (ACC). All nine audits were completed between October 22 and December 2 of 2013, with seven in Ontario, one in Quebec, and one in Nova Scotia.

This is a 2014 end of year report concerning their experiences, main audit findings, and the work that has been completed thus far in response to the audit for each of these nine parishes.