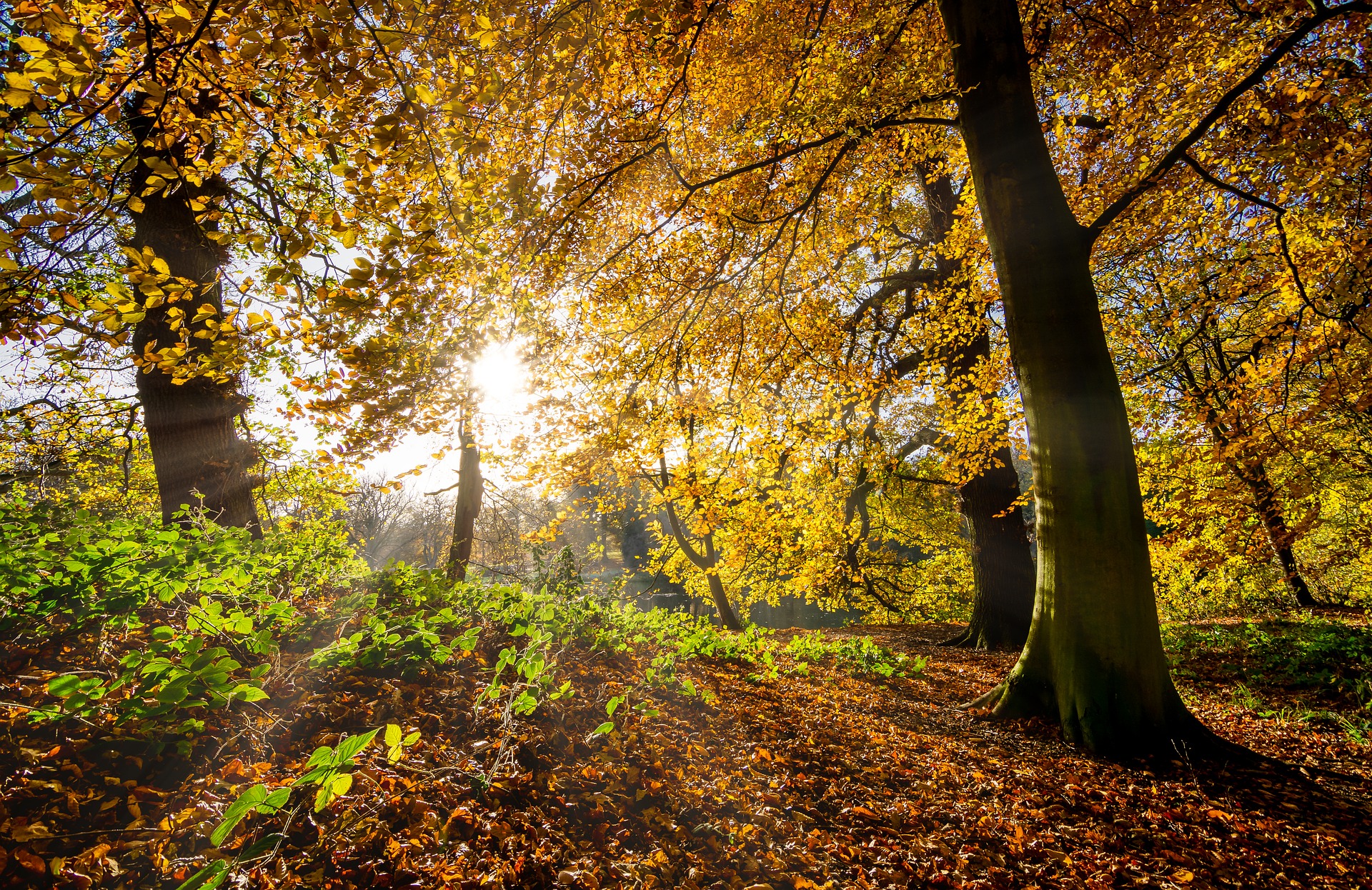 The Season of Creation has begun and this year’s theme is to “Listen to the voice of creation”— to voices which are not heard including those suffering climate change impacts, Indigenous peoples, migrants and species that are disappearing. Christians are invited “to listen and respond together to the cry of Creation” and join “in our vocation to care for our common home”.

The cry of creation has been growing into what Pope Francis calls “a chorus of cries of anguish”. More recently, that chorus would include the people of Pakistan which earlier this year was devastated by extreme heat and currently is overwhelmed by heavy rains and flooding affecting around 33 million people. The Yanomami Indigenous people in the Amazon are fighting for survival as illegal miners and loggers devastate their ancestral land and threaten biodiversity. Worldwide, around 1 million animal and plant species are threatened with extinction. In July the monarch butterfly was added to the international endangered species list due to habitat destruction and climate change.

There is an urgent need and this is an opportune time for people of faith to raise their voices and take action together to protect our common home and care for the most vulnerable. To help move this forward, several initiatives, events and resources are launched during the ecumenical Season of Creation, which runs from September 1st, the World Day of Prayer for the Care of Creation, to October 4th, the Feast of St. Francis of Assisi, and calls Christians around the world to pray and care for creation.

There are many other opportunities to act together in the lead up to the UN conferences on climate change and biodiversity later this year, including the Faiths 4 Climate Justice interfaith initiative, the youth-led global climate strike in September, among others outlined in this blog. All are invited to join in these efforts to help build a global movement of care for our common home.

“For we are reaching 'a breaking point'”

For the first time, Pope Francis published his message for the World Day of Prayer for the Care of Creation in advance of the Season of Creation at a press conference on July 21st. Emphasizing that “we are reaching 'a breaking point'”, the Pope called for more ambitious and decisive action at this year’s UN summits on climate change (COP27) and biodiversity (COP 15). 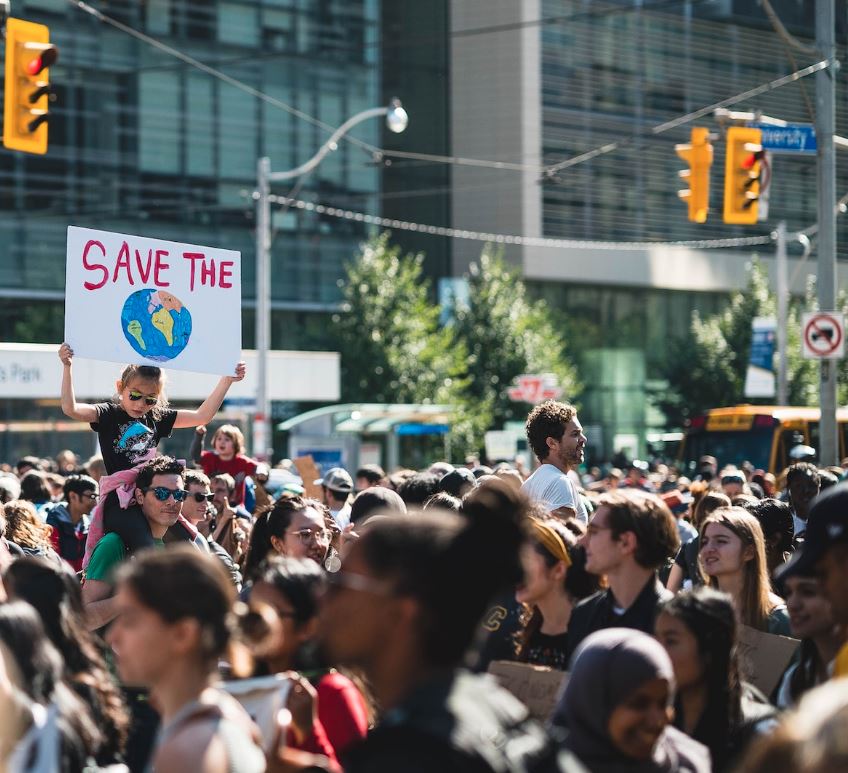 Pope Francis began his message by urging us to “Listen to the voice of creation” –to hear both its sweet song praising the Creator as well as its anguished cry lamenting our mistreatment of our common home. We are invited “to practise an ‘ecological spirituality’” and to pray “in the great cathedral of creation”. Yet Pope Francis also called for both individual and community ecological conversion as a response to the anguished cries of “our sister, mother earth”, of creatures facing extinction, of the economically poor, of Indigenous Peoples, and of young people “anxiously asking us adults to do everything possible to prevent, or at least limit, the collapse of our planet’s ecosystems”.

Community conversion demands commitment and cooperation from nations at the UN meetings on climate change and biodiversity, the Pope further explained. While decisive action is needed from all nations, Pope Francis emphasized that wealthier countries have polluted the most and so must take more ambitious action including “keeping their promises of financial and technical support for the economically poorer nations, which are already experiencing most of the burden of the climate crisis”.

…Pope Francis again joins scientists in holding to the Paris Agreement’s temperature increase goal of 1.5°C. The planet already is 1.2°C hotter, yet new fossil fuel projects every day accelerate our race towards the precipice. Enough is enough. All new exploration and production of coal, oil, and gas must immediately end,[1] and existing production of fossil fuels must be urgently phased out. This must be a just transition for impacted workers into environmentally sound alternatives. The proposed Fossil Fuel Nonproliferation Treaty holds great promise to complement and enhance the Paris Agreement.

Cardinal Czerny also built on the Pope’s message by taking a strong stand on protecting biodiversity which draws on the science-based plan called the Global Safety Net: “…the Holy Father highlights the need for a new UN agreement to halt the destruction of ecosystems and the extinction of species. At least half of the earth and oceans need to become protected areas by 2030,[3] and ravaged ecosystems must be restored, always upholding the rights of indigenous peoples and local communities."

Earlier in June the Catholic Bishops in Africa had also called for the protection of half of the Earth by 2030 as well as the protection of Indigenous Peoples’ rights. These faith leaders’ calls for more ambitious action are critically important at this time when concerns have been raised about the lack of progress in preparation for the UN summits on climate change and biodiversity. 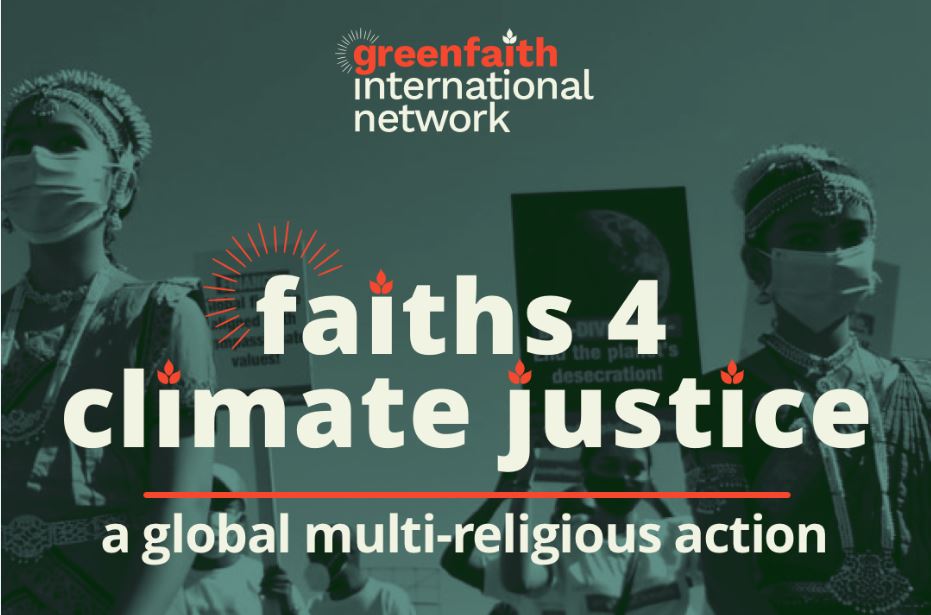 Spiritual leaders and people of faith from around the world will also call for a Fossil Fuel Non-Proliferation Treaty in the weeks leading up to the UN conference on climate change and the G20 Summit of the world’s largest 20 economies, both taking place in November. This Faiths 4 Climate Justice initiative is a global grassroots multi-religious action organized by the GreenFaith International Network.

GreenFaith International Network has produced a toolkit to help plan actions. Faith & the Common Good (FCG) is one of fourteen founding partners of the GreenFaith International Network. If you are planning an event in Canada, please contact [email protected] so FCG can help spread the word on social media. Find out more by participating in the FCG online event Faiths 4 Climate Justice: An Interfaith Conversation on October 12th. 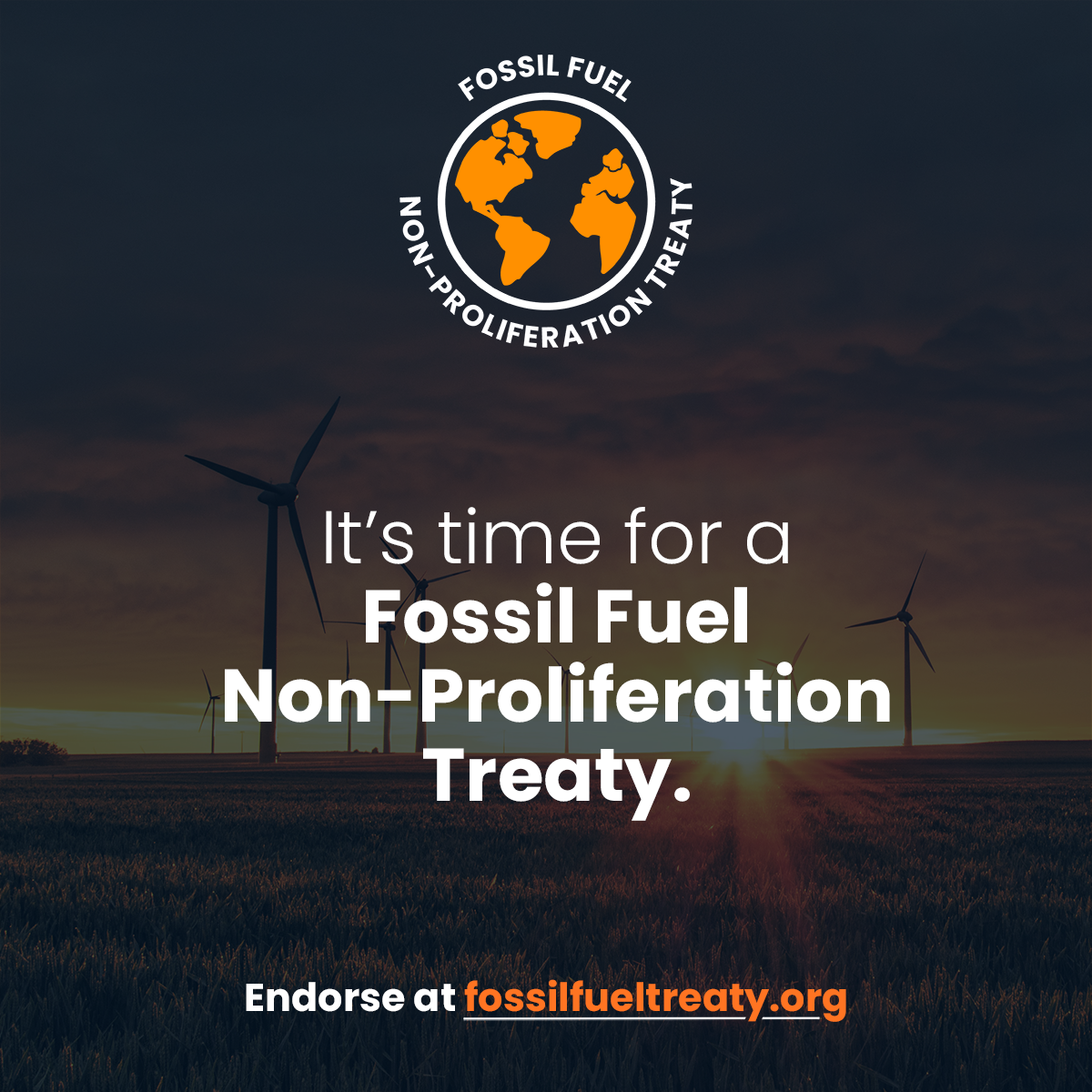 Consider helping to build this global movement by learning more about and endorsing the Fossil Fuel Non-Proliferation Treaty—as an individual or discussing an endorsement with your organization. A number of faith organizations (GreenFaith, Faith & the Common Good, Laudato Si’ Movement, KAIROS …) have joined several Canadian cities, 1,500+ civil society organisations, 101 Nobel Laureates as well as 3,000+ scientists and academics, in endorsing the growing call for a Fossil Fuel Non-Proliferation Treaty.

Laudato Si’ Movement is inviting Catholic support for the Treaty and has produced several resources from a Catholic perspective including a Toolkit.

Resources and initiatives for the Season of Creation and beyond

These free resources for prayer, liturgy, reflection and action may be used by faith communities, groups, families, individuals and others to participate in the Season of Creation. Many can also be adapted for use at other times of the year. 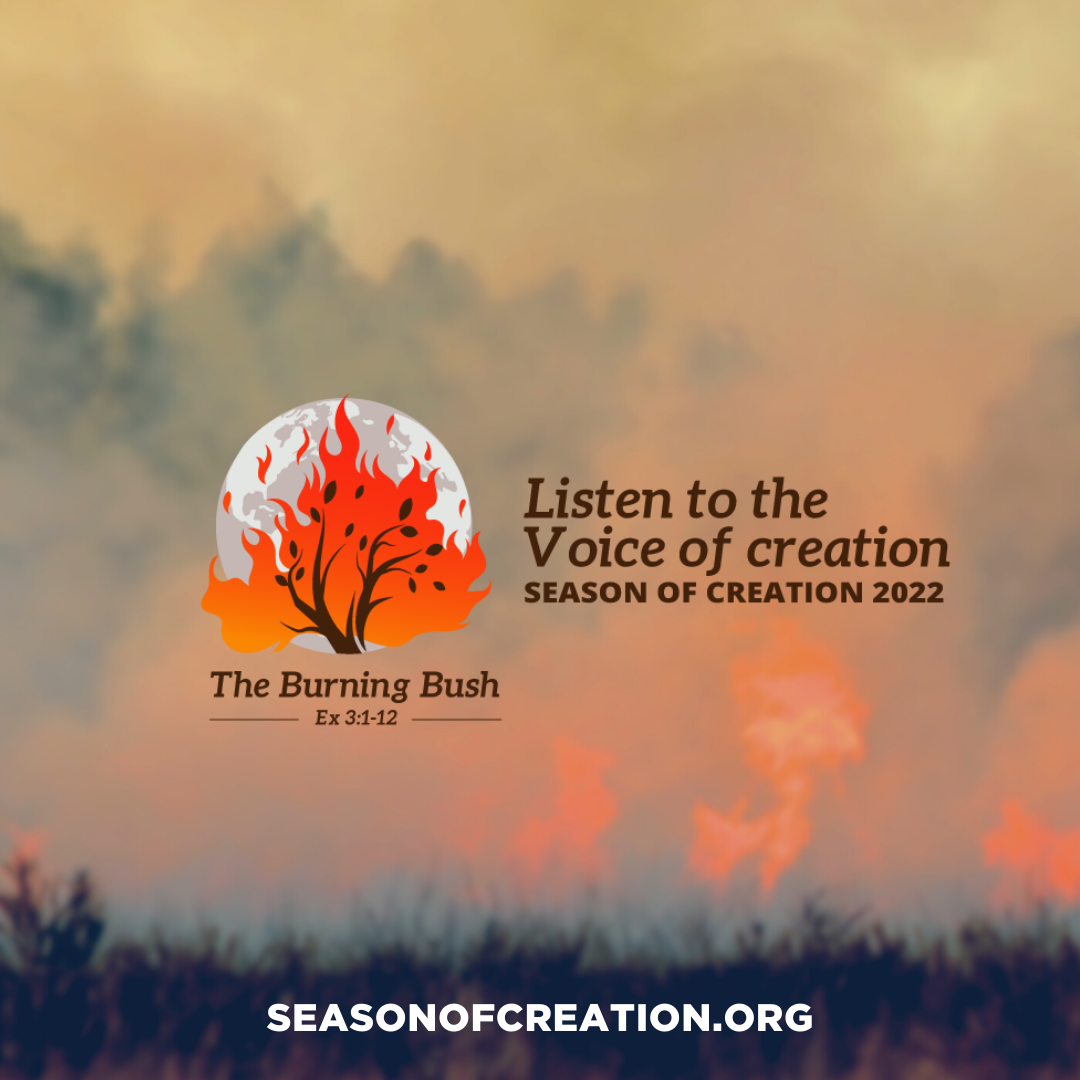 The Season of Creation website has resources for prayer, reflection and action including an ecumenical celebration guide and prayer card as well as some  Catholic and other Christian denominational resources. It also has a page for finding and registering events.

The ecumenical Green Churches Network produced a Season of Creation Toolkit with a Canadian perspective on four topics—oceans, nourishing earth, North, and the right for a healthy environment. Their resource includes a prayer guide, an education guide, a family and community guide with activities, as well as a calendar.

US-based Catholic Climate Covenant produces a Feast of St. Francis educational program for families, parishes, schools and other Catholic groups. The 2022 program Eco-Spirituality: Behold God in Everything! focuses on ecological spirituality, one of the seven goals of the Vatican's Laudato Si' Action Platform. The 90-minute program includes prayers, readings, a short video, a Franciscan contemplation exercise and suggested activities. There is also a version for online gatherings and individuals.

With the Integral Faith working group of the Association of US Catholic Priests, Catholic Climate Covenant also offers Homily Helps for all Sundays. These scripture highlights, commentary, prayers of the faithful and other resources help integrate Laudato Si' and care for creation into Sunday Mass throughout the year.

KAIROS: Canadian Ecumenical Justice Initiatives’ climate action month 2022 theme is Decolonizing Climate Action. Participants are invited on a “journey to listen to the Voice of Creation and to those who help sustain it, to consider how colonization has impacted climate action, to rethink old assumptions, and to act in support of global and climate justice”. Each week in September KAIROS and its Indigenous and Global partners will share blogs and resources and four events are planned as well.

This is also a good time to reflect on Pope Francis’ pastoral visit to Canada in July when he came “to listen and dialogue with Indigenous Peoples, to express his heartfelt closeness and to address the impact of colonization and the participation of the Catholic Church in the operation of residential schools throughout Canada”. The Canadian Catholic Bishops’ Papal Visit website has archives of the videos and speech transcripts for each day of the Pope’s visit as well as news and resources. Mouvement Laudato Si' Movement Canada has a blog by coordinator Agnes Richard of her conversation with Métis Elder Jo Anne Young reflecting on what the Pope said during his visit as well as connections with Laudato Si’ and next steps.