The way is available to all. It may be particularly attractive to those strongly concerned with peace and social justice and to those with a meditative or mindfulness practice who seek a supportive community.

Quakers meet in silent worship to strengthen this connection and bear witness to its power in our lives. From the stillness that puts us in touch with the Divine comes our corporate testimony of simplicity, honesty, and non-violence. Work towards the just and equitable treatment of all human beings and close attention to the health and sustainability of our communities and the environment that supports them are examples of these testimonies.

Historically these testimonies have led many Quakers to the forefront of movements for social justice: prison reform, the abolition of slavery, pacifism, and indigenous rights, among others.

What can a faith community do on its own to conserve energy? 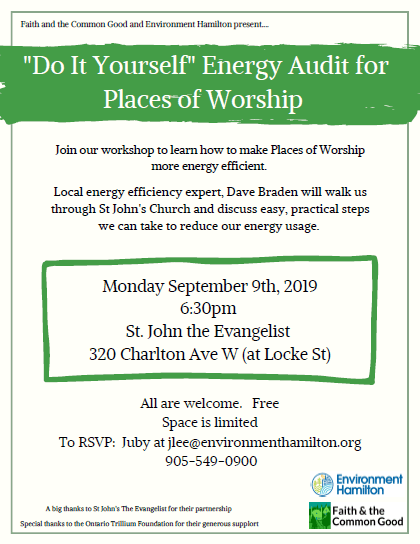 On September 9th, 2019 through Faith and the Common Good’s Energy Benchmarking program, our Hamilton implementer, Environment Hamilton co-organized a “DIY Energy Audit for Places of Worship” in partnership with St John the Evangelist in Hamilton, Ontario. The goal was to start a conversation about potential energy retrofit ideas and plant some seeds of what could be accomplished. 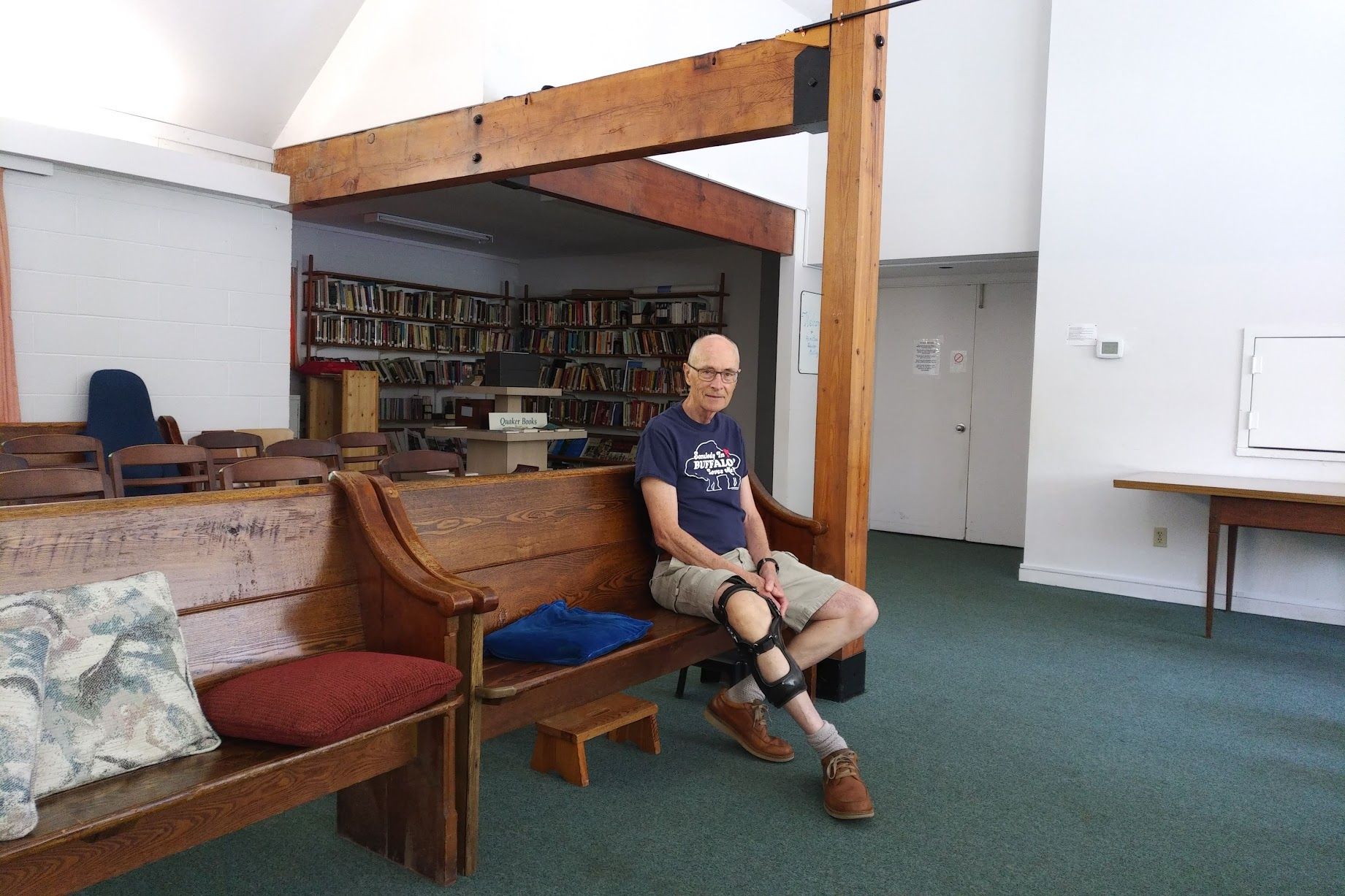 The Quaker House is an unassuming place, tucked away in a residential neighbourhood, on a quiet street.

Over the years, members of the Quaker House have been actively undertaking a number of energy retrofits.  Despite facing similar challenges that are common with places of worship, such as a diminishing congregation and financial constraints, their members completed a number of eco-projects over the last few years.

“The protocol is not very complicated; it's just a matter of making sure the doors are wide open for people to come into our air-conditioned environment, and making sure water is available at all times.” — Matthew Pearce, the CEO of Old Brewery Mission
https://www.cbc.ca/news/canada/montreal/matthew-pearce-heat-wave-homeless-1.4732065

The Lighthouse Project in Hamilton has been building a network of residents and community stakeholders in the interest of preparing neighbours for the impacts of increasing extreme weather events. This network is newly named as Community Resilience to Extreme Weather (CREW) Hamilton. 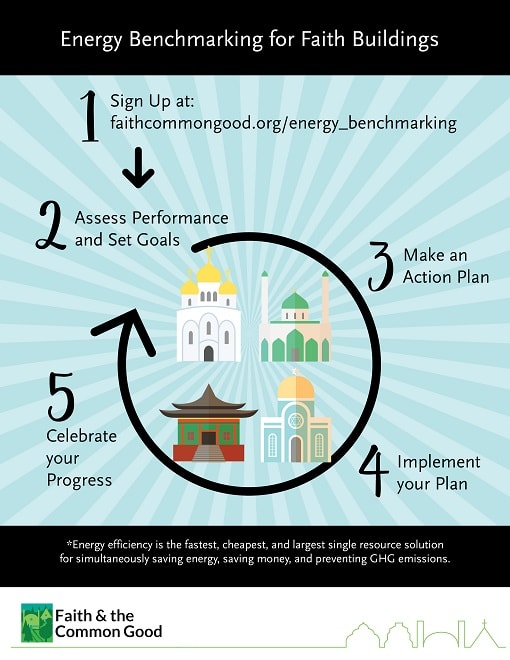 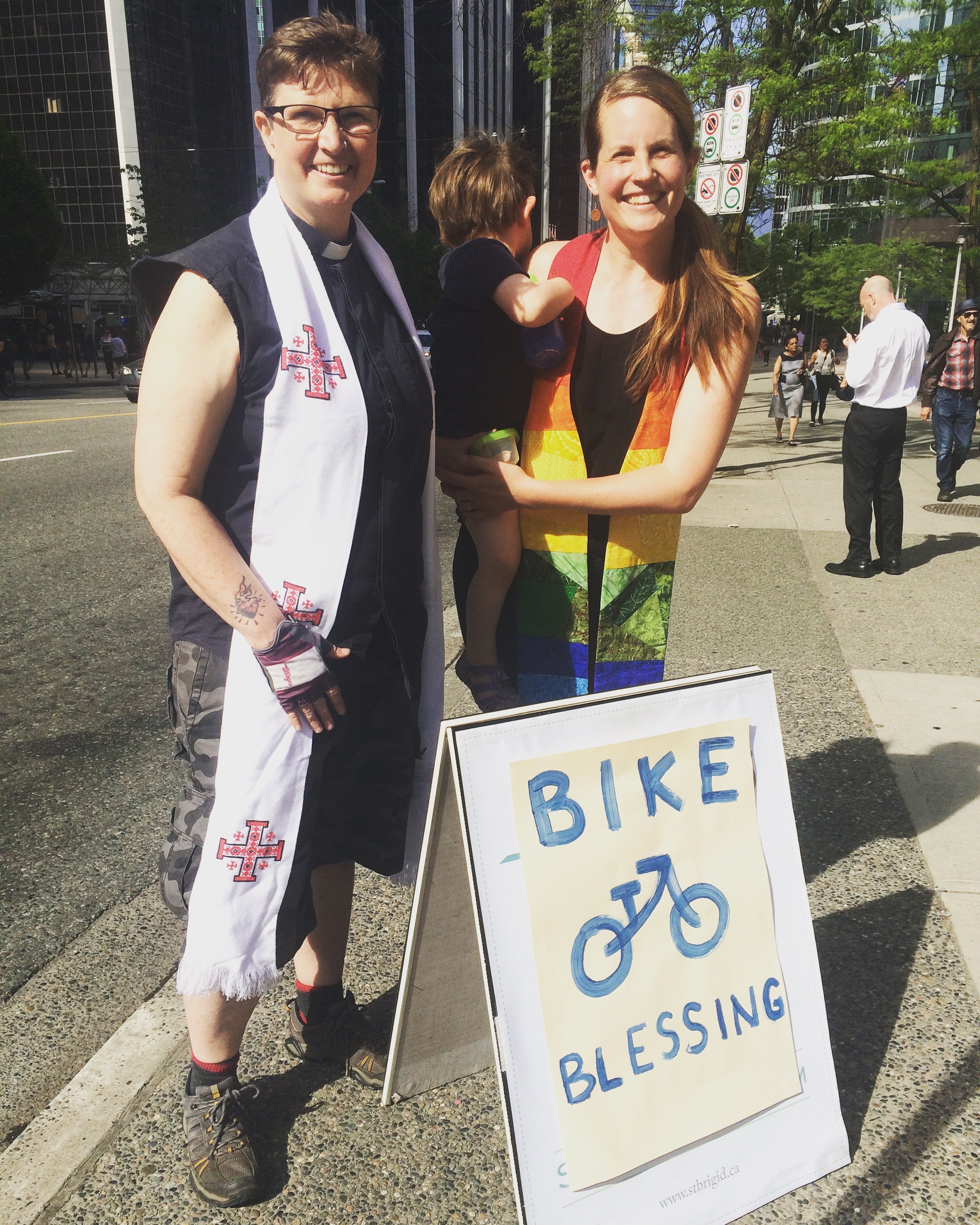 “Climate justice is core to my faith but cycling to church is not just transportation; it’s meditation, the real beginning of my worship,”

In June, over the duration of two weekends, Faith & the Common Good offered faith communities across Canada a challenge: leave the car behind when traveling to worship in favour of a “low carbon” mode... 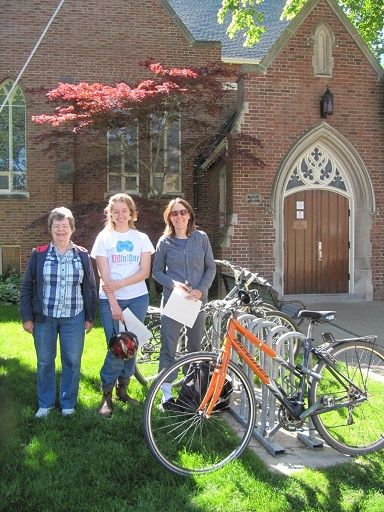 On Saturday June 3rd, 2017, as part of the Faith Commuter Challenge, Environment Hamilton hosted a bike tour of places of worship that do great environmental work. The tour included two churches and ended with a planting of a pollinator patch at a nearby mosque.

Interfaith ‘get to worship without your car’

Did you know that transportation comprises 40% of an average faith community’s carbon footprint?1 Transportation is the second largest source of Canada’s GHG emissions.2 That’s why traveling green is one of the most important ways we can be stewards of our planet.

“Recovery from natural and other disasters does not depend on the overall amount of aid received nor on the amount of damage done by the disaster; instead, social capital — the bonds which tie citizens together — functions as the main engine of long term recovery.” — Daniel P. Aldrich, assistant professor of public policy at Purdue University