The Making of a Historic Community Hub 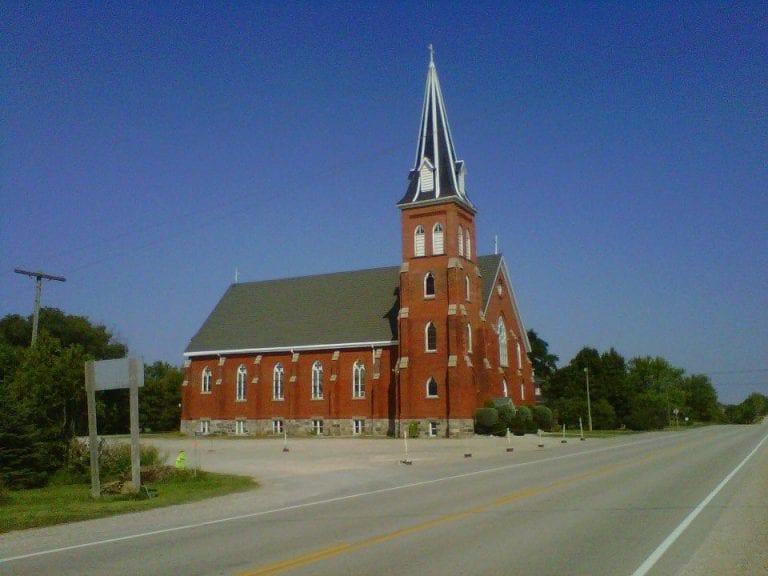 The spire of the handsome 1905 gothic revival structure stands out in the expanse of the neighbouring farm land.

Faced with the closure of the Kingsbridge Cathedral in 2012, the 300-person strong congregation rallied together with others from the local community to save this landmark building. They quickly formed a not-for-profit corporation, the St. Joseph’s Kingsbridge Community (SJKC), with the goal of creating a multi-use facility that would serve as a community hub, incorporating faith, arts, and community gatherings.

Over the next two years, the SJKC Board negotiated an agreement with the Catholic Diocese of London to purchase for $1 one acre of land that include the Cathedral and the manse. This exceptional agreement was reached in part due to a strong advocacy effort by the community, which included visits to the Diocese by the former congregation’s youth group, as well as significant coverage from local media outlets.

During this period before they acquired the site in 2014, the SJKC also undertook many other actions that were vital to the success of their regeneration project:

Renovations began in 2015 and in their first year they completed an impressive amount of work: installation of a new raised stage and theatrical lighting in the sanctuary, exterior masonry repointing, storm window re-glazing, a new emergency exit and fire alarm system, electrical upgrades, and installation of new HVAC system. They have spent over $353,000 so far on renovations and upgrades and their planned work to 2018 is estimated to cost $559,000. Critical to the success of this project so far has been the 269 active volunteers that are doing the majority of the work, and partnerships with local governments and businesses that donated funds, supplied materials, and provided in-kind services.

And despite this beehive of renovation activity, they managed to encourage the community to begin using the revitalized spaces by programming many concerts, meetings, prayer services, choir practices, and yoga classes.

The SJKC Board is now working to complete the renovations, and continues to pro-actively access grant funding. They are also studying long term programming options, including the options to become an even greater destination for summer visitors, and to become a multi-disciplinary arts hub, with the manse serving as housing. While still in its infancy, and with many projects still underway, the SJKC is well on the road to becoming financial sustainable.

Armed with their conviction that their historic Cathedral could have a new life, and by putting the community’s wellbeing at the center of their mission, the SJKC has made tremendous strides in creating a new hub for their rural community. Their inspiring successes to date can be attributed to many interrelated factors: