The FCG network is stronger because of our partners. That's why we are offering regular features on this blog that highlight the work of collaborating groups or of individuals to show our appreciation for all they do for our communities towards a more sustainable future. 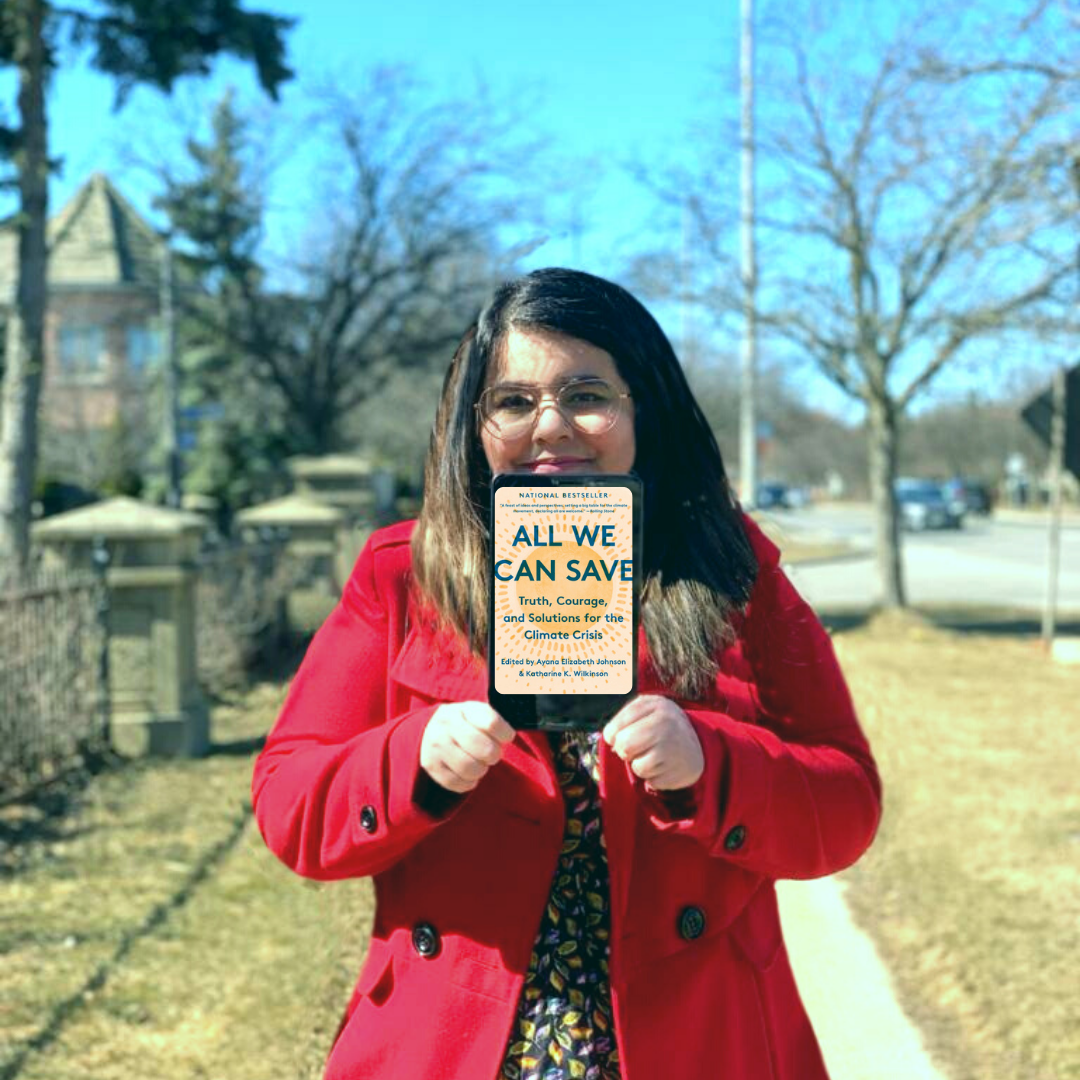 Areej Riaz is Operations Manager at Green Economy Canada. She is Director of Climate Programs at EnviroMuslims, lending support on the Greening Canadian Mosque program of EnviroMuslims and Faith & the Common Good, a program that has developed a toolkit towards sustainable practices, as well as education and expanding engagement.

A new immigrant to Canada, having moved from Pakistan to the Peel region of Ontario in 2019, Areej has worked in the environmental field since 2007 across the continents of Africa, Asia and Europe. She recalls the 2010 monsoon floods in south Asia, that resulted in loss of livelihood, of livestock, that “couldn’t be quantified,” where she was helping to get aid together (in Pakistan).

“At that time, we didn’t have a management approach. I saw climate impacts made worse by poor planning. I helped set up that structure and new policies. The other half to this is climate action.”

When asked what makes people take climate action, “sometimes, there are circumstances that make you take action, sometimes it’s an inherent part of you,” she says.

For Areej, she has always been interested in nature and animals. Even as a young child she was concerned about air quality and solid waste issues in the city. Growing up, her large family of parents, grandparents, aunts and uncles never intentionally created waste, and strove to not throw things away. Coming from rural roots, they have indigenous knowledge of what works, what doesn’t; they have been talking about changing weather, changing soil, etc. for a very long while.

In moving on climate action, “mutually beneficial collaborations are key,” Areej says. When it comes to collaborating with Indigenous partners, “Indigenous peoples have been doing this work for so many years. They are having discussions in their communities right now; inspiring, optimistic conversations, but it's a bit disappointing that these Indigenous leaders that have irreplaceable knowledge, their point of view often doesn’t make it to the table.”

Areej believes that corporations should be feeding valuable indigenous knowledge into their business and/or sustainability design across all levels, including business plans, manufacturing plans, material sourcing, risks and impacts analysis, communication and promotions, and internal personnel training.

“There should be a flow of information between the indigenous communities and the businesses, particularly if businesses are situated in or near these communities.” Areej says.

Faith plays a critical role in Areej’s climate action. A Muslim, she explains how, starting from childhood, the Holy Quran serves as, “a manual” for how to live. The Holy Quran talks about Earths’ finite resources, and the directive to respect these. “We have been sent to act as guardians, we are stewards,” she says.

At stake is the issue of connecting with the land, with the earth, and with nature, which, Areej points out, has become more difficult for newer generations to achieve, cut off from rapport to the natural world. A major related problem is that globally, there is less of it. Canada is better off: “People talk about Canada in terms of urbanization but really, there is still lots of green. There is conscious planning. But in developing countries we have unplanned, uncontrolled growth, unplanned development leads to deforestation and impact on land, water and air, which in turn exacerbates climatic impacts, including microclimate. Bad development planning is adding fuel to the climate crisis, it becomes a feedback loop in that manner.”

In addition to climate action, there’s the sense of community and belonging that can emerge. Areej recalls a tree planting event she attended, of newcomer muslims from diverse groups and nationalities. When asked why they had brought their  entire families to the event, “A lot of people said it's not just about teaching your kids good, green action; it is also a way to feel connected to the land and Canada,” she says.

“Canada is very different from Africa or Asia, but knowing that there are trees that I planted here, that will be there, that made me feel connected to the land, to the conversation that is taking place, and to the impact of such actions.”

In engaging communities for climate action, Areej strongly believes that it is important to highlight champions and projects that have worked. Equally valuable is using language that loops people in.

“It’s important to talk in terms of what will bring them in,” she says. For instance, with mosques, there are real concerns about attacks and hate crimes; “their attention may not be on climate action. In addition, there are seriously waning budgets.”

Still, there are many mosques that are doing well on sustainability. Tying in the triple bottom line, mosque leaders can profit from cost savings that the mosque can then put towards their programs. In Areej’s experience, another point to consider when doing engagement is that having more of an intergenerational aspect hasn’t always worked: “there is language and platforms that will not work for older generations, such as Tiktok.” To avoid disappointment, it helps to know who your audience is.

Across her work and projects, Areej takes a special interest in working with youth. One particular organization she has worked with is the BAM Collective (Books, Art, Music Collective), and as the name implies, they use these mediums to host debates and discourse on important social issues. Areej also works with Community Climate Council that also works with youth on climate change issues, and in her role at EnviroMuslims, Areej mentored youth in creating a guide to greening Canadian mosques. She notes that Canadian youth are more aware of the issues; “What we’ve seen is that their response is like a seesaw, it ebbs and flows.”

For Areej, a vision for a sustainable climate future looks different depending on where you live. For example, when it comes to places in the world like Pakistan, Nepal, India, Bangladesh, “there is a sense of urgency. These areas are going through tremendous changes.”

“Canada has been dismissive. Canadians think of climate change as being elsewhere, or way in the future. But where my friends and loved ones live, that part of the world, the weather changes are being experienced already, impacting food production, water accessibility, human health,” she says.”The degree changes are exponential, so the vision–urgent action! That bigger picture needs to take place here.”

FCG asks Areej if she has hope for the future. She responds with a resounding “yes!”

Passionate, ambitious, she attributes her optimism to her “innate desire to protect and to survive.” For Areej, there are people that can be brought down by climate anxiety and climate grief but “some people, like myself, have an outlet, and that is getting more projects out.”

“So when you are passionate about Earth, you kind of feel like this is what you were born for; even if you are spending 10, 20, 30 years in anger and frustration that's okay. You’ve been brought here for a reason.”