McClure United Church in Saskatoon is shining new light on its congregation.

“The choir in particular appreciates being able to see the music and words the way the composer intended,” chuckles Angie Bugg, when she tells me about the lighting improvements in the church sanctuary. 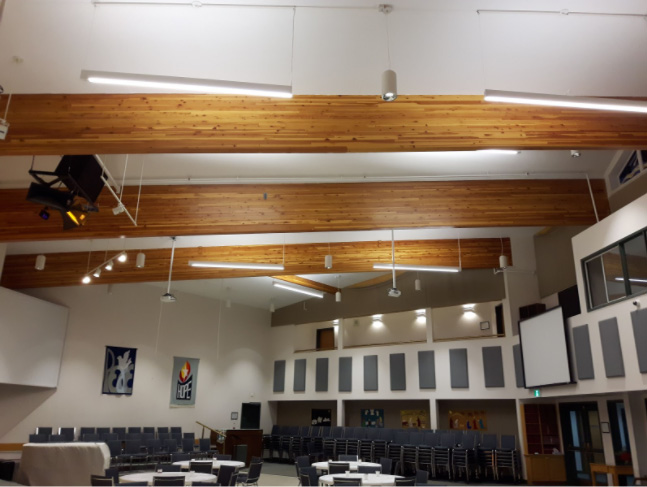 A board member of the property committee, and a mechanical engineer herself, Angie says that replacing their fussy lighting system (from the late 1980s) and transitioning to energy efficient LED lighting has made a big difference.

“LED lighting is so much more efficient than any of the other kinds of lighting that we have,” she says. “It’s worth upgrading the lighting of any space that is used even just a little bit to LED. You know you’ll get a good payback on it.”

Environmentally-minded since her teenage years, Angie reflects on how her faith and the church LED upgrade project are connected.

“My profession is very closely tied to my faith. Protecting God's creation has to be part of how we live our lives and we can’t separate the church we go to on Sundays from how we live daily with this planet and how we show our respect to Creation.”

The blessing of high quality lighting has tangible benefits not only for congregants and community members who use the church’s space for events, but also for the church budget by cutting down on lighting costs. And when combined with the United Church of Canada’s Faithful Footprints grant in partnership with Faith & the Common Good, which offers up to $30,000 per grant application, more expensive types of projects can be supported that will ultimately save a congregation money in the long-term.

Colleen Rollings of Rockingham United Church in Halifax saw a large financial payback when her church used the Faithful Footprints grant to carry out a sustainability project. As the chair of the building and property committee, her focus is clear: “certainly my goal has been to reduce operating costs and to leave the organization in better fiscal strength than when I came on board.” 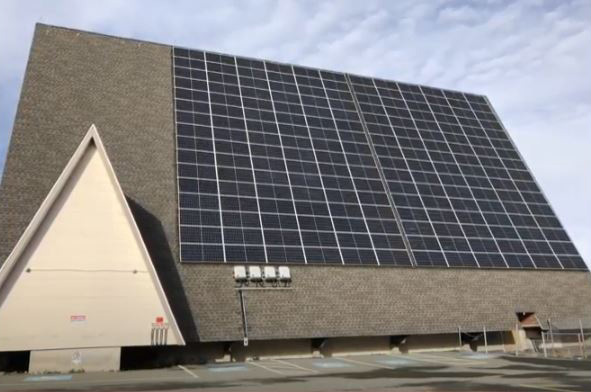 In order to achieve this goal, Colleen gravitated towards solar panels. “I had been interested personally in solar both from an environmental perspective as well as the passive income piece to it,”  she says.

Since it often produces surplus energy, a solar energy system can supply energy to the building as well as contribute energy to the grid. When the church expressed interest in replacing the roof, Colleen recognized a perfect opportunity to present her plan for a solar installation system.

Solar panels, as Colleen explains, are well suited to a brand new roof so as to avoid removing the solar panels when a new roof is needed. Since her church needed a new roof anyway, she figured she would suggest adding solar panels as a part of the renovation process. Colleen’s proposal for the project took flight with other church members, and soon after, solar panels were affixed to the new roof.

“The money saved from this project is astounding,” Colleen reports. “As well, once we pay off the small amount we owe, it's projected to generate around $20,000 a year in revenue, which is significant for an organization like ours.”

Colleen is grateful that her congregation trusted her vision for a solar panel installation.

It was a really nice feeling that they had faith in what I was presenting to them--the opportunity we had,” she says. “To see it come to fruition on such a large scale kind of gives me goosebumps just telling you about it.”

Similar to Angie, Colleen’s personal faith influenced the inception of the project. As she puts it, “we have been given a world with sunshine--the main ingredient needed for solar installations.”

Coupled with technical expertise to execute on such a project, Colleen tapped into her engineering prowess to push for solar: “I'm a strong believer in utilizing my God-given talents for the greater benefit of the church,” she concludes.