Learning to Live in Harmony with Nature

“Because all creatures are connected, each must be cherished with love and respect, for all of us as living creatures are dependent on one another. Each area is responsible for the care of this family.” 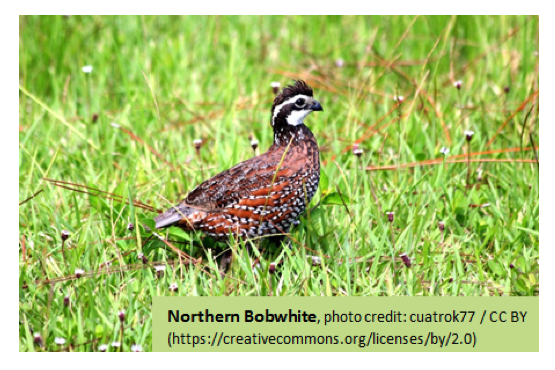 Gratitude for the diverse family of living creatures tends to be forgotten in our busy lives.  We often take for granted this interdependent web which sustains all life with clean water, food, oxygen, fertile soil, climate regulation, and more. Watching and listening to the beauty of birds can awaken us to this interconnection.

I grew up on a farm in southwestern Ontario and often when out walking I would whistle the birdcall for Bobwhite quail and listen for a response. The world would come alive in wonder whenever a Bobwhite was willing to have a ‘conversation’ with me. After moving away, my love of birds continued while the Bobwhite became a cherished memory.

Today the Northern Bobwhite is endangered in Canada due to habitat loss and fragmentation, invasive species, pesticides, and other threats. Currently, the only known remaining native Northern Bobwhite population in Canada is on Bkejwanong First Nation on Walpole Island in southwestern Ontario. They have been active in various efforts to protect culturally and ecologically important habitats and now participate in the Indigenous Guardians Pilot Program which receives Canadian government funding.

I am grateful to the Bkejwanong First Nation for caring for the land and protecting a bird I hope will one day again live in the area where I grew up and not just in my memory. Nature has generally fared better where Indigenous People live or care for the land than in other areas. The rest of the human family has some catching up to do.

Birds are indicator species of ecosystem health as they are sensitive to environmental changes. Research shows a steep decline in North American populations of both threatened and common birds with a similar decline globally—telling us that other parts of the ecosystems are also in trouble.

A short window of time left for transformative change

Around 1 million animal and plant species are threatened with extinction. Nature is declining globally at unprecedented rates, which is stretching our life-supporting systems almost to the breaking point. In Canada, species-at-risk populations have declined on average 59 percent since 1970.

In September, the UN reported that despite some progress the world failed to fully meet any of the 20 targets to protect biodiversity which countries had agreed to in 2010 under the Convention on Biological Diversity (CBD), an international treaty adopted at the 1992 UN Earth Summit. 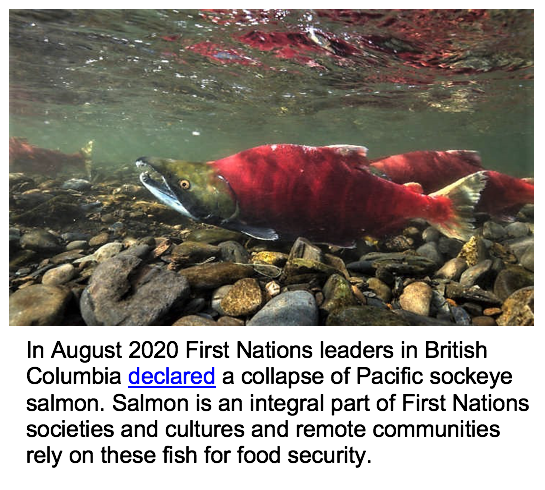 That lack of progress also threatens the achievement of the Sustainable Development Goals, undermines efforts to address climate change, and increases the risk of diseases spreading from animals to humans. We will all be affected by the projected decline in biodiversity, but it will have a worse impact on Indigenous Peoples, local communities, poor and vulnerable peoples as they rely more on biodiversity for their wellbeing.

A short window of time remains for the transformative changes needed across many areas including ecosystem restoration, food, agriculture, climate action as well as an integrated “One Health” approach to healthy people and healthy ecosystems.

Countries of the world participated at the first-ever UN Summit on Biodiversity, hosted online from New York on September 30thth. It was aimed at accelerating action on biodiversity for sustainable development and raising ambition leading up to the Convention on Biological Diversity (CBD) Conference in China next year, where member nations will negotiate a new set of targets for the next decade as the next step towards the CBD vision of “living in harmony with nature by 2050”.

The Summit closed with UN officials highlighting some positive efforts and calling for “vastly” more ambition and action as well as political will and leadership.

At a Leaders Event prior to the Summit, Canada announced it will advocate “for a target of conserving 30 percent of the world’s lands and oceans by 2030”. The Canadian government had already committed to protecting 30% of its own lands and oceans.

Canada also joined a “high ambition coalition” now with 77 countries that have endorsed the Leaders’ Pledge for Nature declaring we are in a planetary emergency that requires transformative change. It commits to 10 urgent actions over the next ten years which include putting biodiversity, climate, and the environment at the heart of COVID-19 recovery strategies; moving towards a circular economy; raising ambition and aligning climate policies with the Paris Agreement; as well as committing to the effective participation of Indigenous Peoples in decision making and recognition of their rights.

Earlier in September over 100 environmental and human rights organizations expressed concerns about a larger target for protected areas, urging more protection of the land and rights of Indigenous Peoples and other communities at risk of dispossession or human rights abuses. They propose wider protection of these sustainable community-managed lands as a better way to conserve biodiversity.

In September Pope Francis also urged support for safeguarding 30% of the earth as well as international collaboration so the biodiversity conference in China next year “becomes a turning point in restoring the earth to be a home of life in abundance”. He further clarified that “We must restore with justice in mind, ensuring that those who have lived on the land for generations can regain control over its usage”.

In his video message to the biodiversity summit Vatican foreign minister, Archbishop Paul Gallagher, called for urgent action as biodiversity loss threatens the wellbeing of the planet and leads to human suffering especially in the poorest regions. He proposed integral ecology as “protecting the planet and all its creatures requires an approach that combines care for our common home with care for our brothers and sisters”.

Unprecedented biodiversity loss is one of multiple “cracks in the planet that we inhabit” (Laudato Si# 163). The Vatican is inviting the Catholic Church and the world on a journey towards integral ecology, putting action to protect biodiversity within a larger context as “Everything is connected.” (Laudato Si’ #91). For this journey, they are launching various Laudato Si’ Anniversary Year initiatives including the operative guidelines for implementing Laudato Si’. The guidelines help see how protecting biodiversity requires an integrated approach connected with many other areas from our educational practices, spirituality, ecumenical and interfaith relationships to the right to food, agricultural practices, Indigenous Peoples’ rights, lifestyles, energy choices, investments, economic systems, health, climate change and more.

In May next year, the Vatican plans to launch the Laudato Si’ Multi-Year Action Platform which is encouraging “long-term action plans to practice integral ecology” in our families, schools, institutions, and other sectors. It aims to grow a Laudato Si’ inspired network over the coming decade leading hopefully to radical societal transformation.

Science has also indicated that fundamental, system-wide transformative change is needed to restore and protect nature.

Some practical and collaborative actions for protecting biodiversity 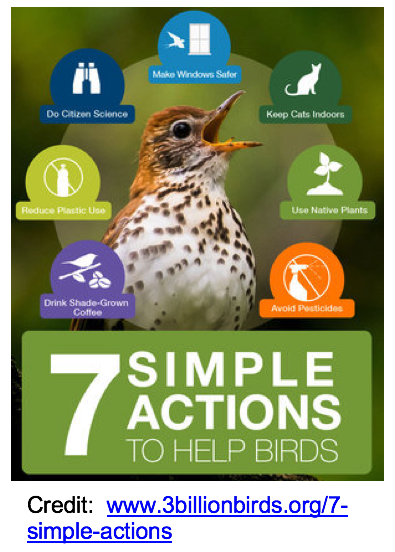 The UN Environment Program (UNEP) has a Faith and Biodiversity webpage outlining the beliefs and practices of different religions for the protection of biodiversity. They offer links to learning resources as well as some practical actions for individuals, schools, and faith groups including reducing waste, consuming less, eating less meat, buying local, and avoiding single-use plastics. While the pandemic may make holding events difficult, it is still possible to learn more, plan at online meetings, and take individual action.

A growing global movement is bringing together environmental, social justice, faith-based, and other organizations to call for a green and just recovery from COVID-19 that is healthier for people and the planet. Aligned with this movement are hundreds of organizations in Canada that have endorsed the Principles of a Just Recovery, including Faith & the Common Good, Global Catholic Climate Movement-Canada (GCCM Canada), and Development and Peace-Caritas Canada. Organizations like the Toronto Environmental Alliance, Environmental Defence, GCCM Canada, and the new Canadian ecumenical initiative For the Love of Creation can all help in different ways with related advocacy and action possibilities as well as resources for learning more.

Wondering where to begin? In one of his COVID-19 catechesis on Healing the World, Pope Francis offers an “antidote against the sickness of not taking care of our common home”—contemplating the beauty and wonder of nature and recognizing ourselves as an integral part of this beauty, contemplating the beauty of our brothers and sisters,  becoming contemplatives in action and all of us, guardians of our common home.