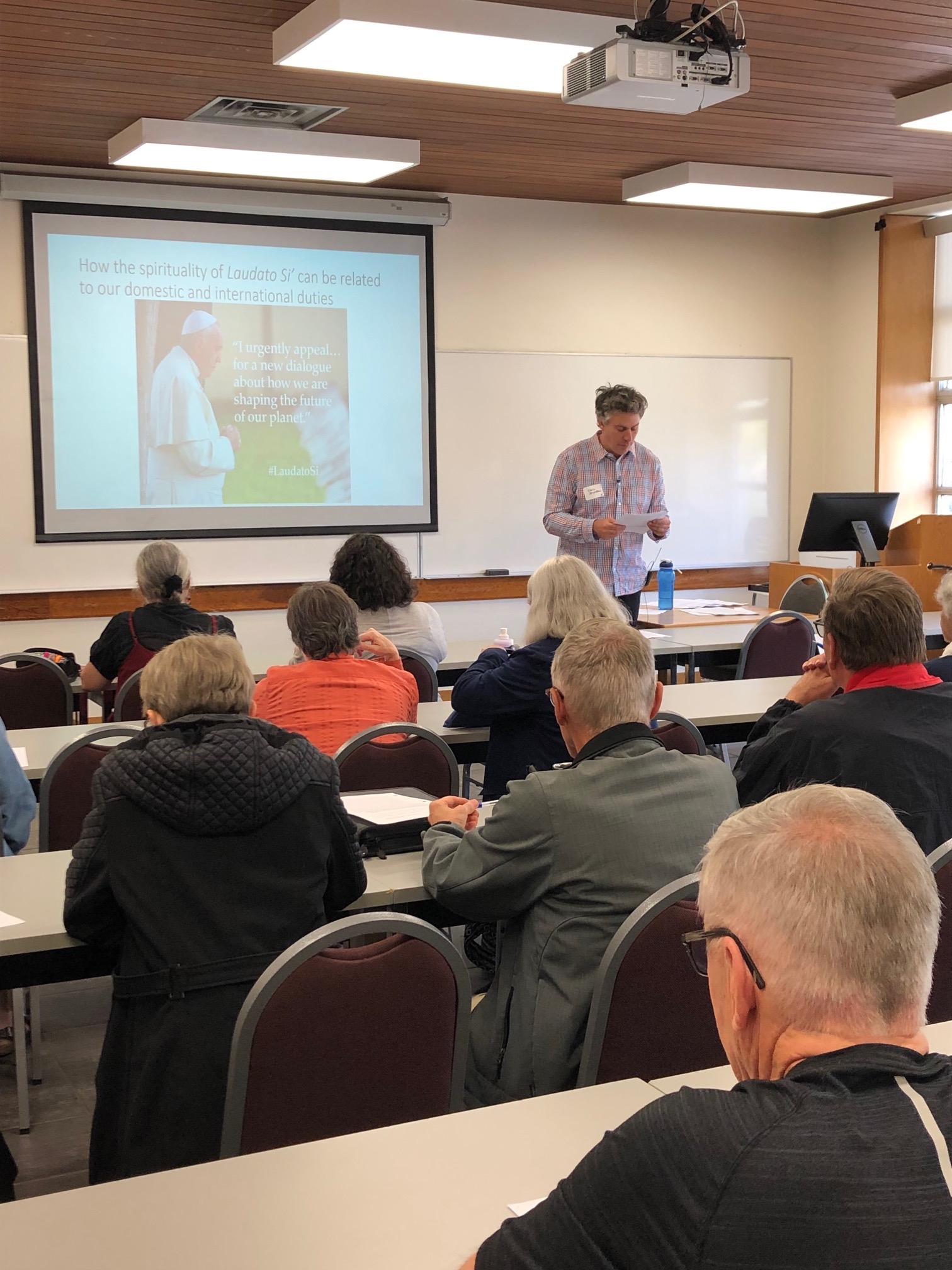 Saskatoon, SK, 19 September 2019 -- As Christians worldwide celebrate the Season of Creation, and pray for care and renewal of our natural environment, the Catholic community in Canada is mobilizing to protect the planet by establishing a Canadian chapter of the Global Catholic Climate Movement (GCCM Canada).

“The launch of GCCM Canada is a big deal that we are proud to support,” said Lucy Cummings, Executive Director of Faith & the Common Good. “Roman Catholics are the largest religious denomination in Canada.  We need strong Canadian Catholic voices to be part of the climate conversation. We must link our faith communities together to care for and protect our common home.”

GCCM Canada was publicly launched on Saturday, September 14, 2019 at St. Thomas More College in Saskatoon as part of a Caritas Canada - Development and Peace conference that included a keynote address from Archbishop Don Bolen. The Saskatoon event was part of a worldwide Caritas mobilization of Catholic faithful to help “protect the traditional defenders of the Amazon, who are saving our ecological future.”

“We are united in our commitment to protect the Earth, our common home, and all who share it. The launch of GCCM Canada and the Caritas Care for Our Common Home campaign demonstrate that the Canadian Catholic family has an important role to play as we urgently search for solutions to these challenges,” said Chris Hrynkow, Associate Professor at St. Thomas More College and a GCCM Canada advisor.

GCCM Canada is connecting members of the Catholic community around climate action with the financial support of the Congregation of the Sisters of St. Joseph in Canada, the Sisters of St. Joseph Toronto, The Ursuline Sisters of Chatham, the Sisters of Notre Dame, Visitation Province, Sisters of Our Lady’s Missionaries, and other generous donors.  Canadian Catholic collaborative partners include the Jesuit Forum for Social Faith and Justice, The Mary Ward Centre, the Centre Oblat – A Voice For Justice (a joint project of the three Canadian Oblate Provinces and St. Paul University), Creation Care Ministry of the Roman Catholic Archdiocese of Ottawa, Caritas Canada Development & Peace and the Green Churches Network/Églises Vert among many others.

“I have been humbled and encouraged by the outpouring of support for the establishment of GCCM Canada from Canadian Catholics. Prayers, donations, spreading the word, requests for collaboration, and offers to volunteer. Folks want to see stronger Catholic mobilization to protect our planet,” said GCCM Canada Coordinator Agnes Richard.

As part of its 2019 Season of Creation launch, GCCM Canada will take part in a number of climate justice events including: an interfaith forum in Kitchener on September 26th hosted at St Mary’s Catholic Church to discuss tangible ways faith groups can respond to the climate crisis; an on-line webinar on October 2nd hosted by GCCM Canada exploring why standing with First Peoples and protecting Indigenous rights is so critical to climate justice; and a “Feast of Creation” ecumenical prayer service hosted by the Toronto Archdiocese on October 4th to celebrate spiritual unity around Creation care.

Fr. Prakash Lohale, director of the Office of Ecumenical & Interfaith Affairs, Archdiocese of Toronto, emphasized that “the theme ‘Web of Life’ during this Season of Creation is a reminder that we are interconnected and interdependent. We are related and united as brothers and sisters, woven together to the whole of the universe, the entire cosmos.”

“Helping to grow an eco-spirituality that heals our relationship with all of creation is one of our key goals.” said Richard. “Our Season of Creation launch activities showcase a promise on behalf of GCCM Canada to engage Canadian Catholics anew, helping them connect to each other and to take action to live in communion with the rest of creation.  A fundamental part of this work will be to echo Pope Francis’ words in Laudato Si’ by ‘choosing life’ and encouraging Canadian Catholics to protect our common home.”