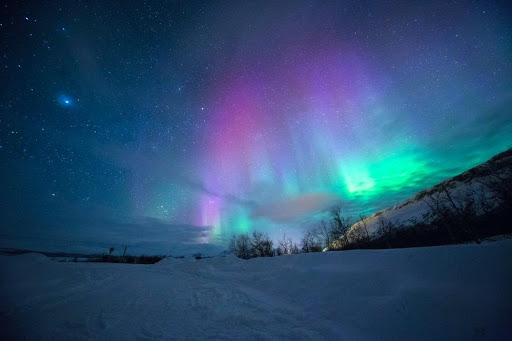 In the largest-ever multi-faith climate action, more than 500 actions calling for an end to new fossil fuel projects and deforestation as well as other ambitious climate demands took place in 43 countries around the world on 17-18 October. Faiths 4 Climate Justice is a global grassroots multi-religious action organized by the GreenFaith International Network.

A record number of faith institutions united in announcing their divestment from fossil fuels on October 26th.  The Catholic Bishops’ Conference of Scotland, 15 Catholic dioceses in England, Scotland and Ireland, the Presbyterian Churches of Wales and Ireland, as well as 3 Buddhist organizations in the UK were among the 72 faith institutions from six continents that participated in this largest-ever joint divestment announcement.

In October over 70 Catholic Church leaders, including cardinals, archbishops and heads of religious congregations, emphasized that the “world needs to keep fossil fuels in the ground” and called on world leaders gathering for the G20 summit on 30-31 October “to consign fossil fuels to history”.

In a radio message to BBC listeners just before the UN climate conference began, Pope Francis called each of us to commit to an urgent change in direction and to “play our own part in changing our collective response to the unprecedented threat of climate change and the degradation of our common home.”

Over 1000 people participated in person or online at the COP26 Interfaith Prayer and Meditation Vigil in Glasgow, held on the opening day of the UN climate change conference. Prayers for COP26 and the future of our common home were offered by participants from nine different religions. 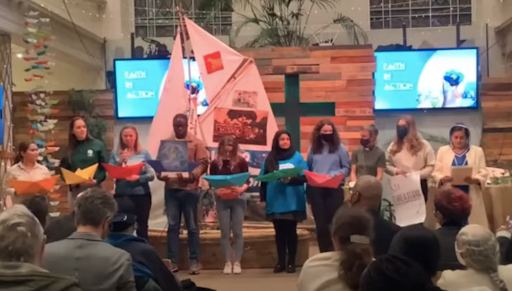 At the November 2nd Faith in Action for Climate Justice interfaith event in Glasgow, people of faith from around the world presented their demands for climate justice to representatives of the United Nations Climate Change Conference in Glasgow. Dr. Lorna Gold, Chair of the Board of Directors of the Laudato Si’ Movement, presented the Healthy Planet, Healthy People petition with the signatures of over 120,000 individuals and more than 425 organizations. 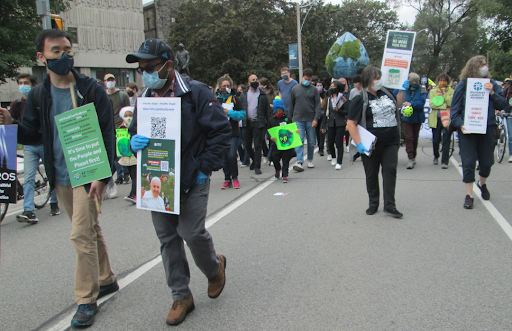 Toronto:  Members of Development & Peace, Laudato Si’ Movement Canada and KAIROS, as well as other people of faith participated in solidarity with the Sept. 24th Fridays for Future Global Climate Strike  as well as the Nov. 6th Global Day of Action for Climate Justice.

At the Global Day of Action for Climate Justice on November 6th, over 100,000 people marched in Glasgow despite the wind and rain, and over 300 demonstrations took place around the world. Hundreds of Catholics as well as an interfaith “Faiths and Beliefs” bloc joined the march in Glasgow.

On November 12th when it became clear that the COP26 Draft Agreement was inadequate, more than 60 Catholic Organizations with 2 Bishops as well as faith leaders from around the world issued statements calling for more urgent and ambitious action.

Climate Action Network Canada highlighted that COP 26 delivered “inadequate progress” and that the “biggest delegation at COP26 was a group of 500 fossil fuel industry lobbyists.” In one step forward taken with a growing list of countries, Canada committed to end public financing for overseas fossil-fuel projects in 2022. However, this will not include domestic public financing.

The World Council of Churches Executive Committee also called the outcome of COP26 inadequate where “those responsible for the crisis continue to resist the demands of solidarity and justice”. They, like many, are greatly disappointed with wealthy countries for failing to fulfil their promise to provide US$100 billion annually by 2020 to poorer nations for dealing with climate change. Important developments highlighted include countries expected to deliver revised plans for cutting greenhouse emissions by next year rather than in five years as well as the increased mobilization of youth, vulnerable communities, and faith communities for climate justice.

“We are still knocking on the door of climate catastrophe” concluded UN Secretary-General  António Guterres, at the end of COP26. More is needed to address the climate emergency. Momentum has been growing for a global initiative to phase out fossil fuels and support a just transition for every worker, community and country. The bold plan would complement the 2015 Paris Agreement on climate change which does not even mention fossil fuels (coal, oil and gas).

In the final week of COP26 youth leaders from around the world publicly released an open letter and joined the growing movement seeking a global treaty to end fossil fuels, calling them their “generation’s weapons of mass destruction”. 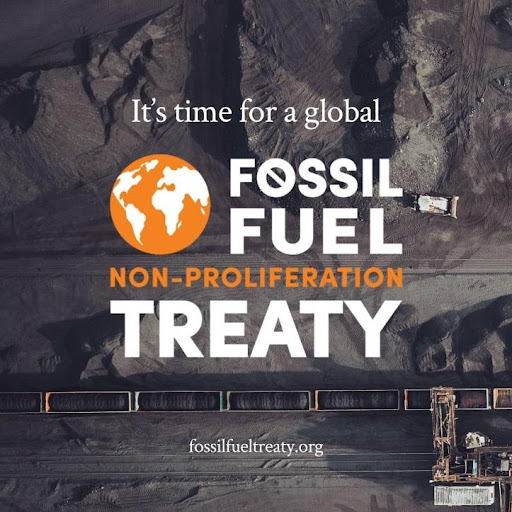 As part of this initiative, the Faith Leaders letter calls “on governments to urgently commence negotiations to develop and implement a Fossil Fuel Non-Proliferation Treaty, laying out a binding global plan to:

Individuals and organizations are invited to add their endorsements to help build this global movement.

The road leading out of COP26 still takes the world on a dangerous trajectory and the time to make the systemic changes needed is running out. Those on the frontlines of climate change—Indigenous Peoples; vulnerable countries, communities and species…--are already experiencing devastating consequences and young people feel their future is “being stolen”.

People of faith will continue to act together and collaborate with others, calling for a change of heart and deeper solidarity--where everyone takes up their role in changing the direction of the road we all travel together so it leads towards healing of our common home and family.