What will it take to change our behaviours? It’s time to put an urgent climate lens on and commit to procurement, funding, regulations, incentives, policies, permitting, and planning, “because climate changes everything,” the Commissioner said.

One positive idea to hold onto in all this catastrophe, is that being social animals, “we like to work with others towards a good cause,” the Commissioner said, and “religious communities are a particularly good place to have a discussion about not only the economics of climate change, but also the morality.”

The Commissioner praised our programs here at Faith & the Common Good: “I think it is brilliant to use religious communities not only to model sustainable conduct, energy conservation, renewable energy, but also as a place to have a conversation about that among people who already have a basis of trust.”

She also pointed out to participants that municipal and provincial elections are coming up next year. “Elected politicians care a tremendous amount about what they hear from their constituents, and so if we want better policy on climate change, and I think we do, it’s incumbent on everyone to speak up, go talk to your political representatives, ask them what they are doing about climate change, ask them what they could do more, what’s getting in their way, and whether you can help.” 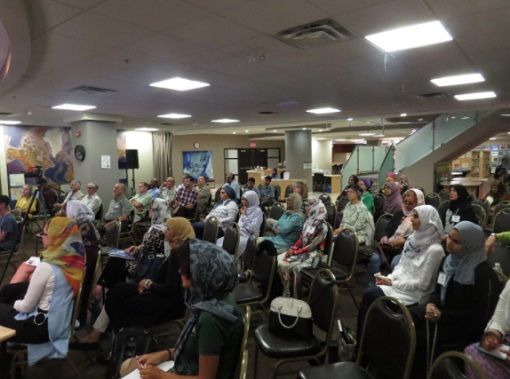