Toronto, ON – You can’t change what you don’t measure. When it comes to tracking energy usage in order to reduce consumption, faith communities in the GTHA have had an opportunity to do just that. Starting in 2017, with a three-year, $295,200 grant from the Ontario Trillium Foundation, Faith & the Common Good (FCG) launched the Faith Building Energy Benchmarking Program that engaged over 100 faith groups in tracking their electric, gas, and GHG consumption with monthly data from their utility companies.

“This program is about Faith Communities coming together to look after future generations by reducing their carbon footprint and their impact on the environment. What could be a greater act of faith than coming together to help save the planet?” - MPP Chris Glover (Spadina-Fort York) Funds from the grant have been used to help with costs involving staffing, hosting workshops and webinars over the period of the grant, upgrading and maintaining the website, printing costs, and program supplies, as well as some administrative costs. 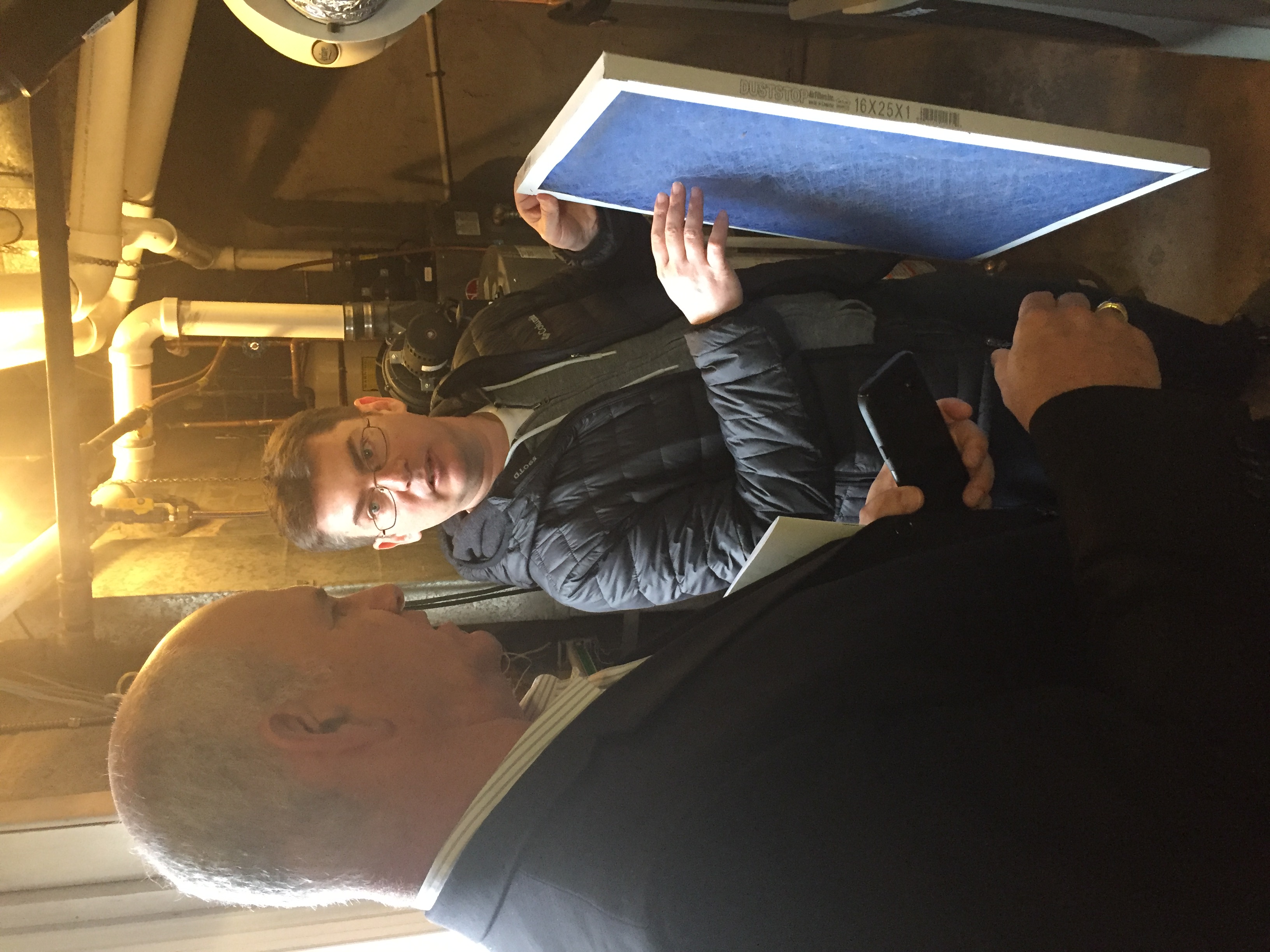 Benchmarking Coordinators in each region assisted participating faith groups by mentoring them and supporting the process along with regular webinars, resources, and tool sharing. Participants were particularly interested in a peer-to-peer comparison with other faith communities. Diverse religious communities participated in the program including Judaism, Islam, and numerous Christian denominations.

Most participating faith communities became involved in energy-efficient retrofits. They switched to LED lighting, did energy upgrades such as replacing windows and doors, retrofitting boilers, installing motion sensors, thermostat controls, and/or building automation systems as a result of their benchmarking reports.

“We were able to lead the way for other faith communities to come on board,” said Father Carlos Sierra, St. Brigid’s Catholic Church, Toronto, Energy Benchmarking participant.

Project Manager, Donna Lang believes that participants found the program useful for verifying the impacts of past actions: “It also helped to provide a business case for future energy-efficient retrofit actions.”

GTHA Faith Building Energy Benchmarking Program has come to an end, but the changes brought about as a result of this unique program will have a long-lasting effect. Over half of the participants say they will continue tracking their energy data in the future and implement necessary improvements.

“Given that buildings account for about 42 percent of a typical faith community’s carbon footprint, and that there are over 27,000 faith buildings across Canada, energy benchmarking is helping faith communities take practical and economical climate action by lowering their energy use and emissions,” said Michelle Singh, Executive Director of FCG who would like to see this program become a permanent feature of the organization’s offerings.

About: Faith & the Common Good (FCG) is a national interfaith network, dedicated to harnessing the power of diverse faith and spiritual groups through education, capacity building, and collective action, to build more resilient and sustainable Canadian communities. https://www.faithcommongood.org/

About: The Ontario Trillium Foundation (OTF) is an agency of the Government of Ontario, and one of Canada’s leading granting foundations. OTF awarded $115 million to 644 projects last year to build healthy and vibrant communities in Ontario. www.otf.ca

*Faith buildings account for about 42% of a typical faith community’s carbon footprint, according to a Canadian National Inventory Report to the United Nations Framework Convention on Climate Change.