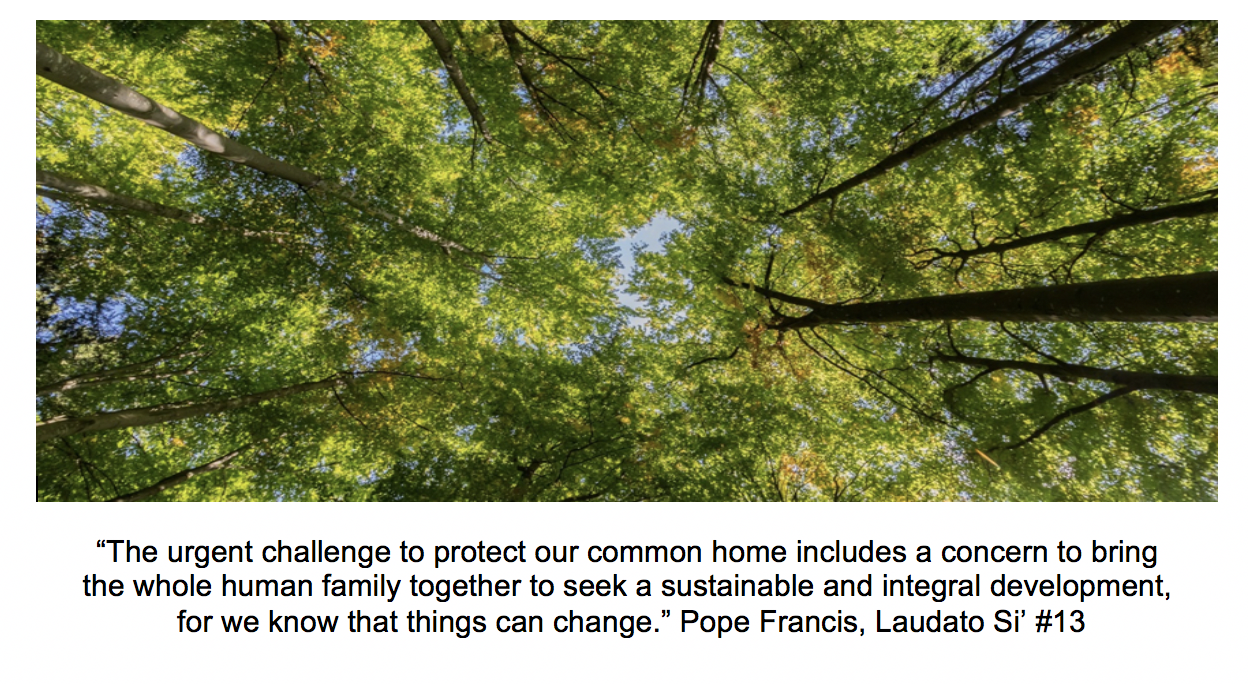 "Time has grown short" (1 Cor 7:29) is an urgent call echoing through the scripture quote that opens the new Catholic Church operational guidelines for implementing Laudato Si’, Pope Francis’ encyclical on care for our common home.

The document, titled Journeying Towards Care for Our Common Home: Five Years After Laudato Si’ was announced by the Vatican at a press conference in Rome on June 18th, marking the fifth anniversary of the publication of Laudato Si’. The text was drafted through a collaboration of several Vatican departments along with contributions from Bishops' Conferences, and various Catholic organizations including Caritas Internationalis and the Global Catholic Climate Movement (GCCM).

One of the press conference panelists, Msgr. Bruno Marie Duffé highlighted that Laudato Si’ urges listening to “both the cry of the earth and the cry of the poor”(#49) and proposes a path of conversion. We know that path exists only thanks to witnesses who walk along with it, acting on the path outlined in Laudato Si’.

Aiming to inspire action in the Catholic Church and in the world, the document has two main parts divided into sections each with reflections, stories of good practices from around the world, and pathways for action. The first part focuses on education and ecological conversion. It promotes care for our common home as an area for building ecumenical and interreligious dialogue and collaboration. The second part covers several issues related to integral ecology and integral human development.

The extensive pathways for action include effectively protecting traditional communities and Indigenous Peoples, as well as their rights. 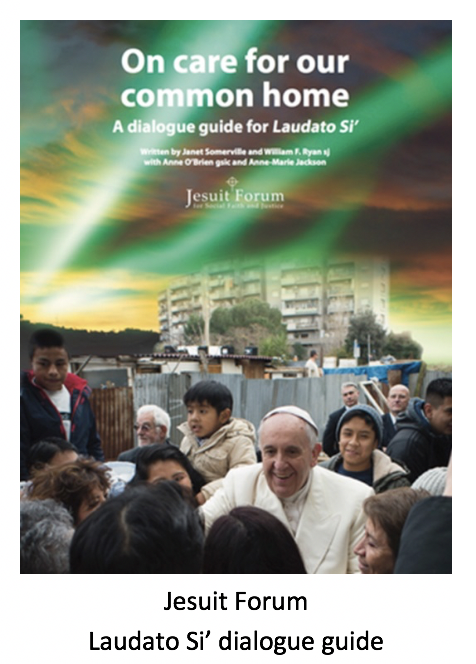 Canadian examples of good practices in the guidelines include the Creation Care Ministry set up by the Archdiocese of Ottawa as well as the Jesuit Forum Laudato Si’ dialogue guide published by the Canadian Conference of Catholic Bishops.

Various initiatives of the Global Catholic Climate Movement are among the good practices highlighted in the text including its climate change advocacy, Laudato Si’ Generation, Eco-Parish Guide, and Laudato Si’ Animators program. This program has trained thousands of local leaders in more than 100 countries including Canada, helping them to put Laudato Si’ into action in parishes, schools, and local communities. GCCM has grown to a global network of around 900 member organizations.

Good practices also featured the commitments by some Catholic Bishops Conferences, Caritas Internationalis, and numerous other Catholic institutions to divest from fossil fuels and highlighted the fossil fuel divestment campaign sponsored by GCCM.

That announcement came during Laudato Si’ Week May 16 – 24, when hundreds of thousands of Catholics around the world united to pray and reflect on how to build a more just and sustainable future. Many participated in global workshops. Hundreds of local actions and events were also organized such as the Women of Faith: Eco-Leaders Webinar by GCCM Canada. At the end of the week, Catholics everywhere joined in the global day of prayer. Watch this short video for a great overview of the week.

Both Laudato Si’ Week and the June 18th Operational Guidelines are initiatives of the Special Laudato Si’ Anniversary Year from 24th May 2020 – 24th May 2021, launched during Laudato Si’ Week by the Vatican office for Integral Human Development. Several initiatives and projects are planned that aim for “ecological conversion in action”. In May 2021 at the concluding conference, they plan to launch the Laudato Si’ Multi-Year Action Platform for the next decade.

In this multi-year plan institutions from seven categories—families, dioceses, schools, universities, hospitals, businesses & farms, and religious orders—will be invited to begin a seven-year journey towards an integral ecology and total sustainability in the spirit of Laudato Si’. Each year a new and hopefully larger group of institutions will be encouraged to begin their seven-year journey. The Vatican hopes to exponentially grow a Laudato Si’ inspired network over the coming decade that reaches “a “critical mass” needed for radical societal transformation”.

The Vatican has invited everyone to join in this effort:  “We hope that the anniversary year and the ensuing decade will indeed be a time of grace, a true Kairos experience and “Jubilee” time for the Earth, and for humanity, and for all God’s creatures… We invite everyone to join us. The urgency of the situation calls for immediate, holistic, and unified responses at all levels - local, regional, national, and international. We need, above all, “a peoples’ movement”.

On June 18th Journeying Towards Care for Our Common Home: Five Years After Laudato Si’ was released only in Italian so information in this article is based on very informal translations as well as news reports. Official translations are still in process.