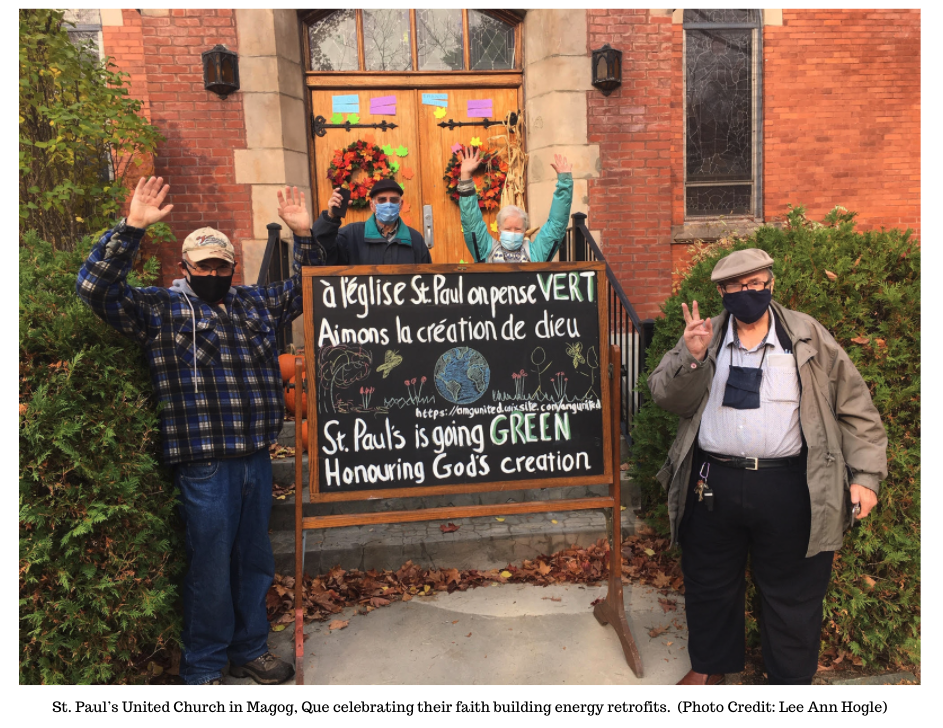 The jury is still out on the Canadian government’s recent climate accountability act but not everyone is waiting for a verdict.

The United Church of Canada has committed to reducing its greenhouse gases by 80 percent by 2050, and local congregations across the country are already responding, aided by more than $3 million in available grant money from the denomination.

“The best time for us to start living as a healthy part of the world was decades ago. The next best time is today,” said United Church of Canada Moderator Right Rev. Dr. Richard Bott.  “All of us, especially the church, need to be part of healing God’s creation.”

St Paul’s United Church, in Magog, QC,  for example, needed to replace an older, gas-powered furnace (named Betsy). Staying with steam heat looked too costly, but what to do with the ancient, cast iron radiators? St. Paul’s found a Quebec-based company to convert theradiators to standalone electric units. It was an elegant solution: converting to electric is projected to reduce the church’s carbon emissions by 15%, reusing the radiators kept them out of the landfill, and employing a local company helped strengthen the region’s green economy.

“This is literally a case of the church putting its money where its mouth is,” said Mardi Tindal, former United Church Moderator and spokesperson for the greening program, known as Faithful Footprints. “The United Church has long advocated for climate justice and greenhouse gas reduction. Integrity demands that we get our own house in order.”

St. Paul’s United is one of 148 United Church communities of faith across Canada seeking to reduce their carbon emissions, assisted by grants of up to $30,000 from the  Faithful Footprints program.

By aggregating carbon impact data from these greening projects, the United Church will be able to track progress towards its climate goals. 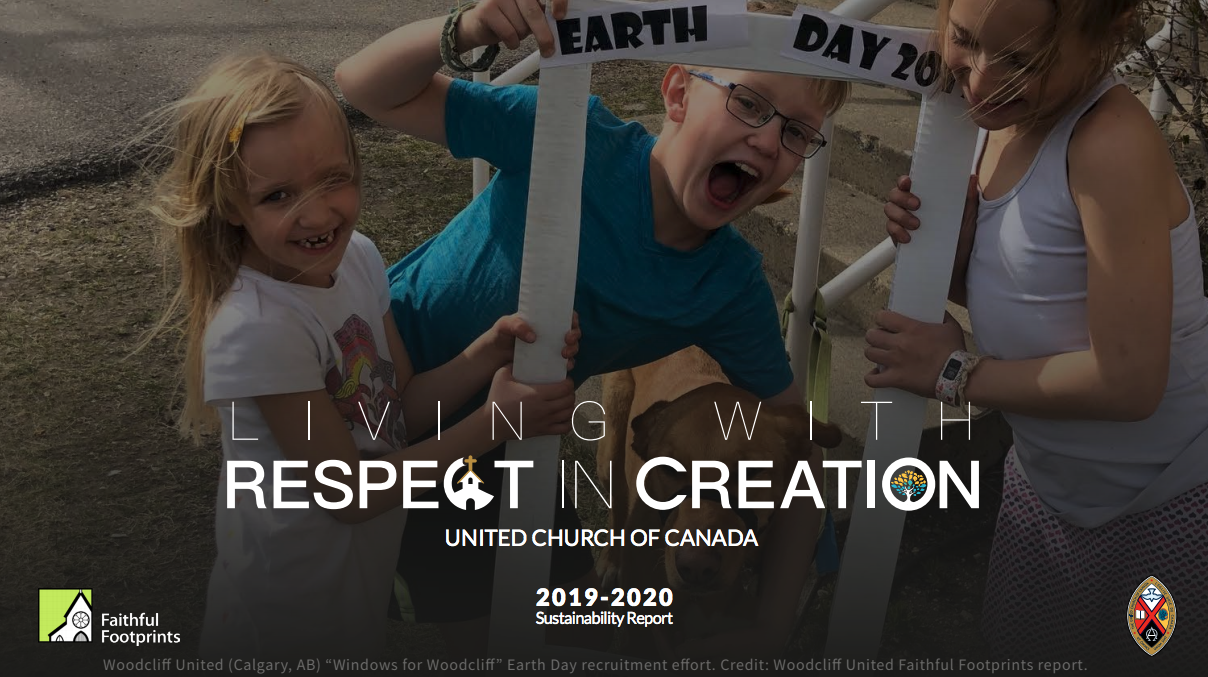 “When we designed the Faithful Footprints program, tracking and reporting were very important,” says Tindal, who made climate change a priority in her term as the church’s elected leader, 2009 to 2012.  “Of course, we know we will stumble along the way.  But being transparent about our successes and failures is how we will ultimately achieve our goals.”

A UCC 2019-2020 Sustainability Report, tracking progress in the first two years of the program, has just been released.

Faithful Footprints is a United Church of Canada climate program delivered by Faith & the Common Good.