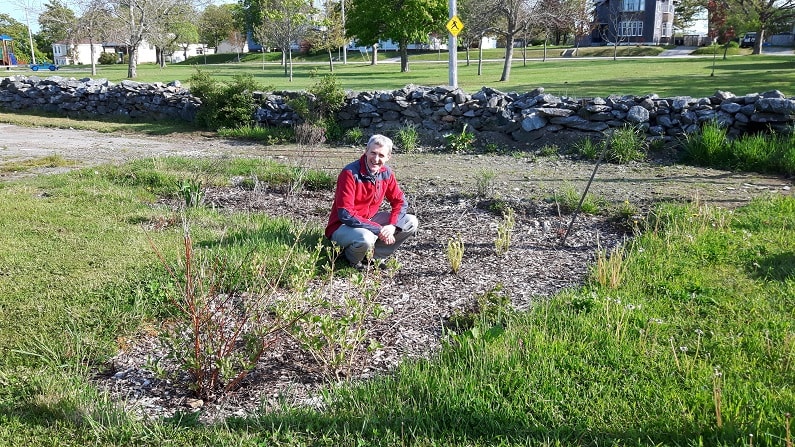 At 22,000 square feet, Beacon United Church and its attached community space is not easy to heat. Especially so in a cold, humid climate like Yarmouth, a small town of just under 6,800 on the southern-most tip of Nova Scotia.

Like many places of worship around Canada, it was struggling to make ends meet in a rural town, with a declining population and a declining congregation. Six years ago, the church was up for sale — the congregation had agreed that it could no longer pay for upkeep and operations. However, this church has taken a leap into the future by becoming a hub for community growth and environmental justice amongst its congregation and the local population.

One of the more notable projects is the former chapel, which has been turned into a multi-purpose room to accommodate for just about any user-group. It’s mostly used by a group of local seniors who enjoy the space three times a week .

Stephen Sollows, the green enthusiast at Beacon United Church, recalls some resistance that he encountered when he initially proposed that the space be turned from a small chapel into a multi-purpose space. “I received some comments of concern but once they saw how good a space this was for some activities that even the congregation enjoys, the concern dispersed,” he recalls with a laugh.

Of course, this was part of a larger plan to make sure the building remained used and had income to help offset the costs of operation. Sollows also recalls another initially controversial move to use the auditorium space for a heavy metal festival, which ended up being a great fit, as “the music was amazing and the festival attendees very respectful!”

The multi-purpose room also received some energy-efficiency-influenced changes. Since the enormous building is heated by the same oil-fired heating system, they had a heat pump installed so that the room could be heated without turning up the heat in the entire building. Finding the appropriate lighting was a challenge, as certain colour spectrums make reading difficult for aging eyes. Beacon found that by using LED lights on the blue (cold) spectrum, reading was easier. Furthermore, the quiet LEDs replaced old fluorescent tubes that made some high pitched buzzing noises. This retrofit did not put a large dent in the pocket of the church: it was covered by a New Horizons grant.

Another initiative of the church to reach out has been its enormous community garden, started 4 years ago. This garden has 130 plots. Two-thirds of the plots are owned by members of the community, one-third of the plots belong to the church. The space is used by many of the user groups of the church, even the youth-oriented groups, to learn about gardening. It also includes a labyrinth, where anyone is welcome to walk and meditate.

The garden had issues with storm-water management, as there was a slope from the large parking lot towards the garden. The church planted a storm water garden with native plant species that has successfully mitigated this problem.

Next steps for Beacon United are big: they have had a solar assessment done and are in the process of having an ASHRAE level energy assessment from a local energy consultant who is generously giving the assessment at a very discounted price. They are looking forward to implementing the money and greenhouse gas savings measures as soon as they can.

Motivated by social justice and climate change, Emma Norton strives for a fossil fuel free electricity grid in Atlantic Canada, where energy is affordable for all. She works to create grassroots momentum to mitigate and adapt to climate change, and to increase energy literacy.